The Dunn School Earwigs’ boys soccer team can’t help but look ahead to its second game of the season.

After opening their season on Tuesday, Dec. 10, in Ventura against the St. Bonaventure Seraphs, the Earwigs face Panorama City’s St. Genevieve Valiants in their home opener on Saturday, Dec. 14.

The Seraphs handed the Earwigs two of their five losses last year — a 1-0 loss on Dec. 7 in Dunn’s second game of the 2018-19 season and a loss on penalty kicks after being tied 1-1 after regulation and two overtimes in the first game of the CIF Southern Section Division 5 playoffs on Feb. 6. Both of those games were at Dunn’s Los Olivos campus.

Those two losses put a damper on an otherwise excellent season, going 10-6 overall including a 9-0 run through the Condor League.

The Earwigs have a new head coach this year.

Becerra is counting on his four seniors to lead Dunn back to the playoffs.

“Alpha Sowe is back. He’ll be one of our main attackers. He’s being looked at by Rutgers and other Division 1 colleges,” said Becerra during a scrimmage at Santa Ynez High School on Thursday, Nov. 21. “Brima Kamara is our senior goalkeeper but we have a freshman, Walker Blake, who has really stepped up in goal. Brima is such a versatile player, a key player, that we can play him more in the field this year and Walker also allows us to build for our future. He should be an effective goal keeper for the next four years. Mikey Uribe and Abdul Razak Abdul Kadir are two senior midfielders that we’re also counting on.

"Abdul is very physical. He’s a key player but we have key players at every position. These boys play at a high elite level. When they’re not playing on our high school team, many of them are playing for elite clubs. They want to take the next step and play in college.”

Seven freshmen and sophomores round out the squad.

“We have 20 players. Every one brings something to the table. They are all special, high intensity players,” said Becerra. “Having a number of younger players gives us time to prepare for the next four years.”

Becerra is the Strength and Conditioning instructor at Dunn who recently moved to Solvang.

“These boys are all local. I’m the new guy,” said Becerra. “I took this job to help develop these players.”

While Becerra is new to Dunn, he’s been working as a soccer coach on the Central Coast for several years.

“In 2004, I played in the NCAA national final against Indiana,” said Becerra. “I played pro soccer for about five years and then retired to become a mentor. I coach a club team, the Kickers.”

While games game’s don’t begin until December, Dunn was able to get in two preseason scrimmages, a 9-1 win over Orcutt Academy on Wednesday, Nov. 20, and a 1-0 victory over Santa Ynez on Thursday, Nov. 21.

In the Santa Ynez scrimmage, Sowe scored the lone goal off a Kamara assist.

“This school has had great players over the year. They built a great foundation,” said Becerra. “I chose to take part in this program to get us back to where we were last year but that isn’t our only goal.

“I think this is a special group. You’ll remember their names. You should really come out and watch these boys. Our goal is not to just make it to CIF but to win a CIF championship.”

McCoy's career statistics at Santa Ynez are hard to fathom. He threw for over 2,500 yards and 23 touchdowns as a quarterback. He also accumulated over 1,000 career rushing yards with 13 career touchdowns. (He has three touchdown runs over 95 yards). McCoy also amassed more than 500 receiving yards and five touchdown catches.

Lompoc High and Cabrillo High had planned on resuming athletic activities on their campuses beginning Monday. But the district determined Friday night that plan was no longer viable due to the spike in COVID-19 cases across the region and state.

“This past week has been a whirlwind for sure, as we've seen an unprecedented explosion of cases in our state, as well as our region," assistant superintendent John Davis said.

Off to college: Lompoc's Ryan Morgan embarks on journey to Arizona State

“We wanted Tommy to come so he could see where his big brother was staying, and he will know his brother will be all right. Ryan and Tommy are very close.”

SLO team went 2-18 in the two seasons before he took over the quarterback position in 2018. In two seasons at the helm of the Tiger offense, Corona guided San Luis Obispo to an 18-6 record. 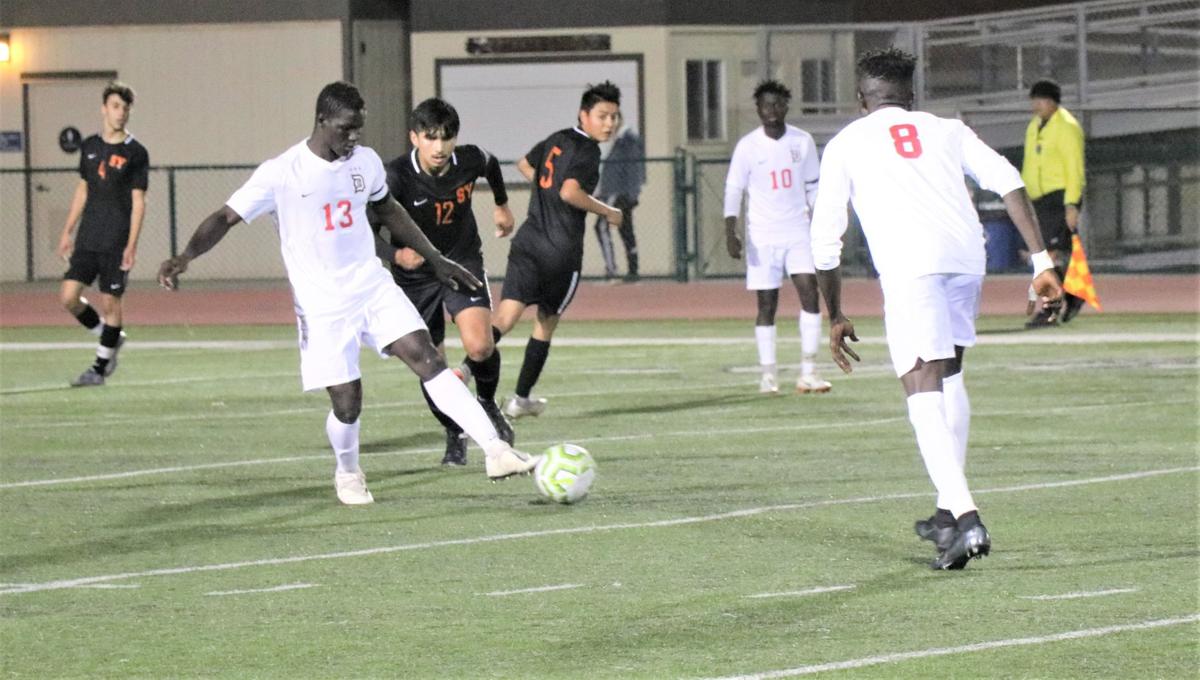 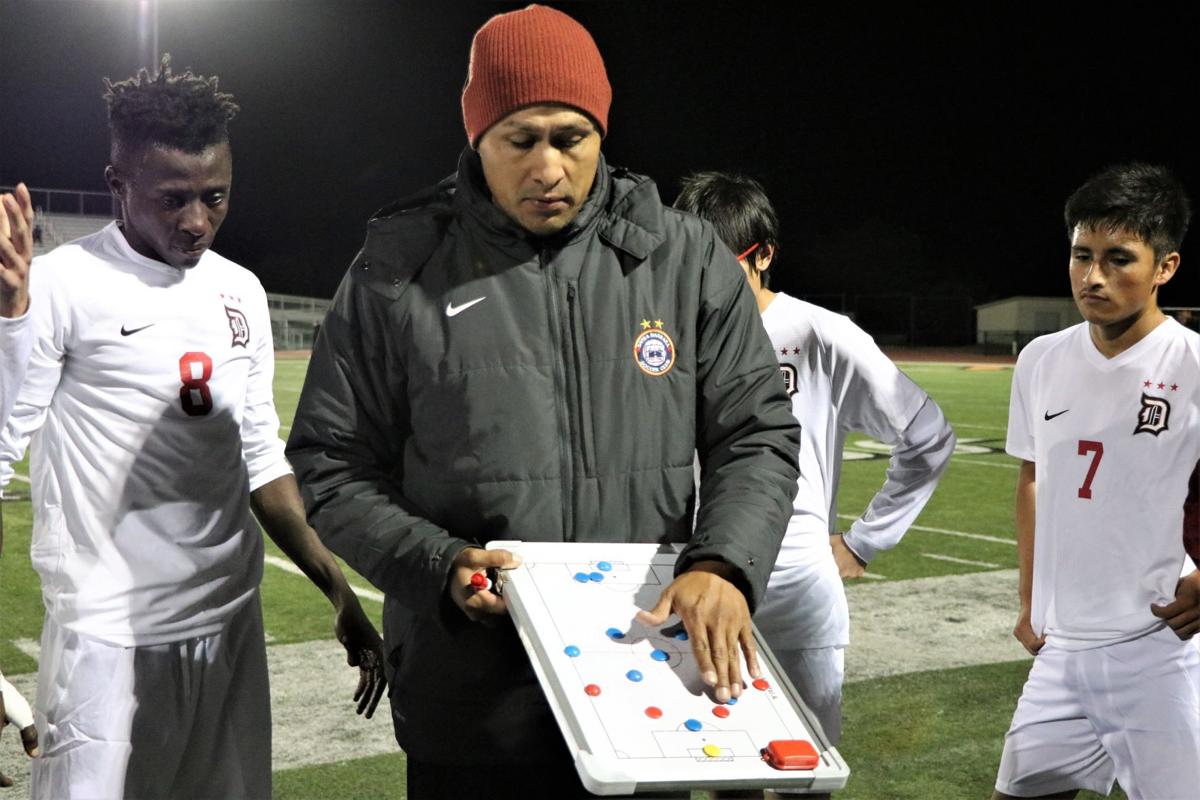 The Dunn School's boys soccer head coach Ivan Becerra goes over a play on the sidelines during a scrimmage at Santa Ynez High School on Thursday, Nov. 21. Dunn opens its season at Ventura's St. Bonaventure on Tuesday, Dec. 10. 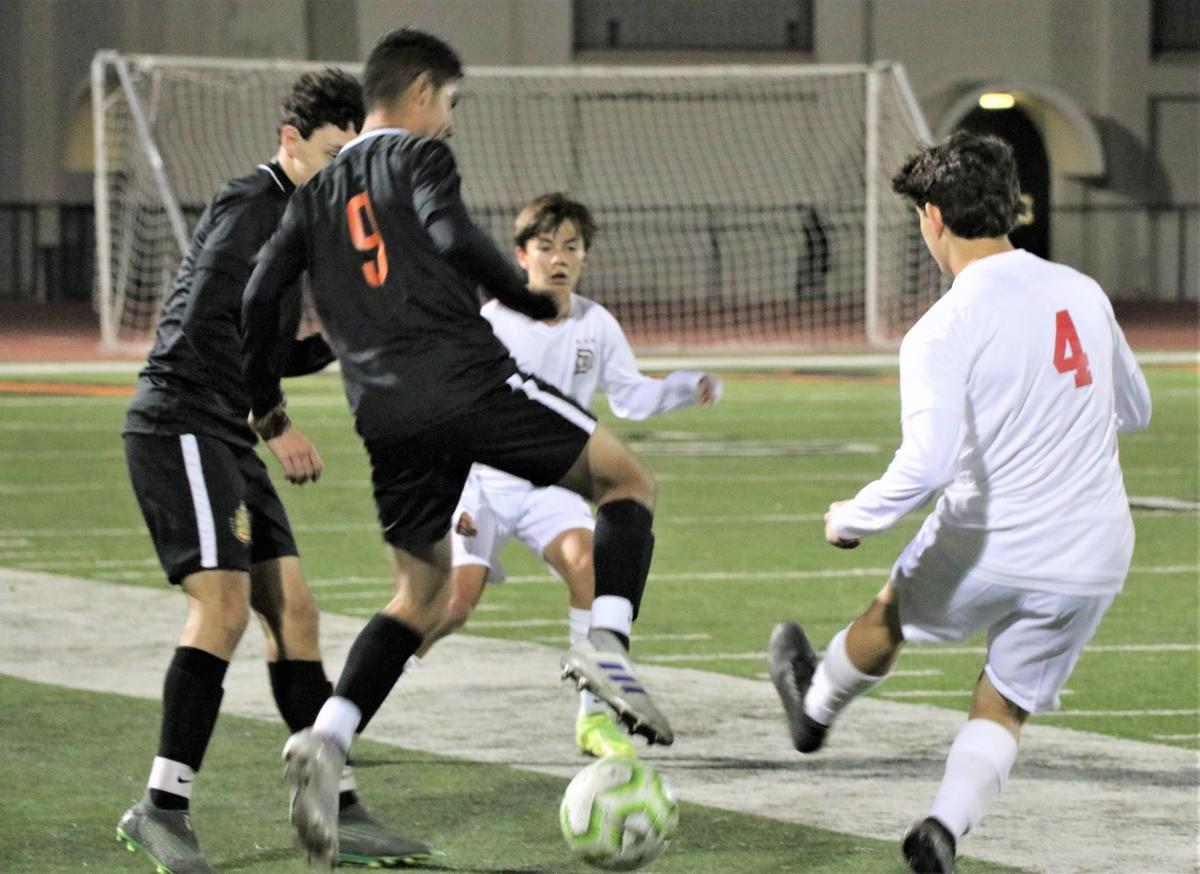 Dunn's Rio Petersen (4) tries to kick the ball past the Santa Ynez defense during a scrimmage at Santa Ynez High School on Thursday, Nov. 21. 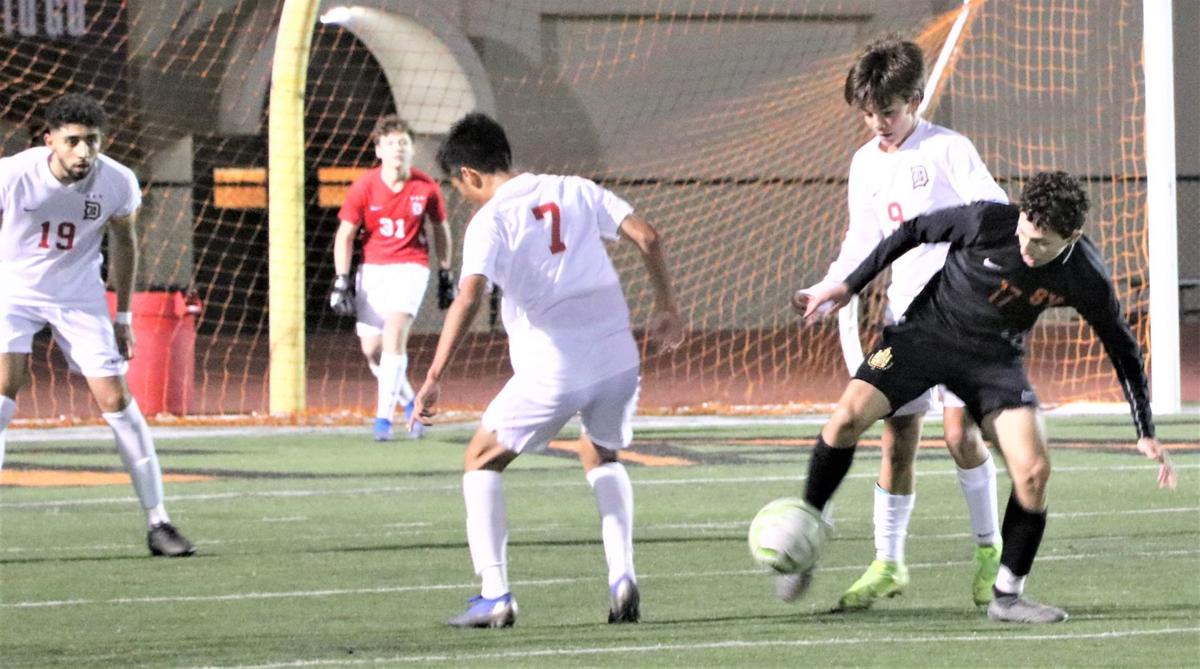 Dunn's Rene Pacheco (7) tries to gain possession of the ball during a scrimmage at Santa Ynez High School on Thursday, Nov. 21.