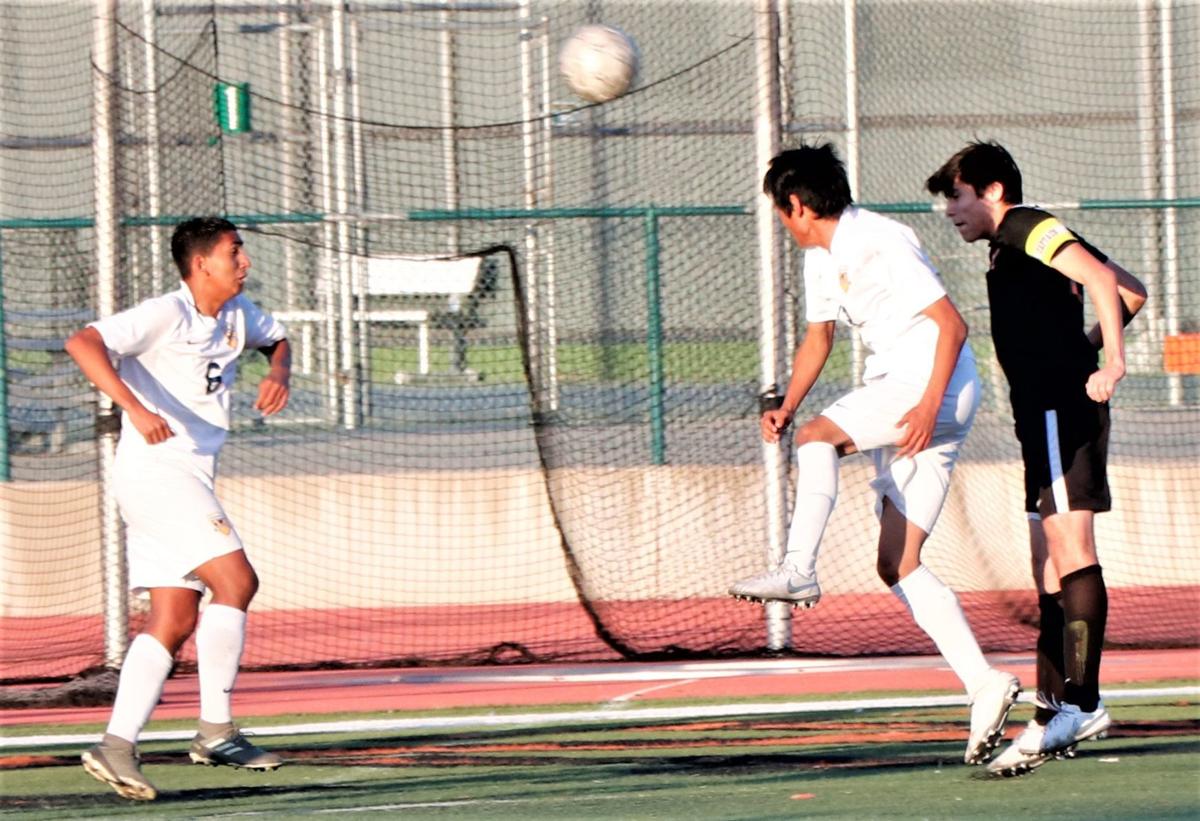 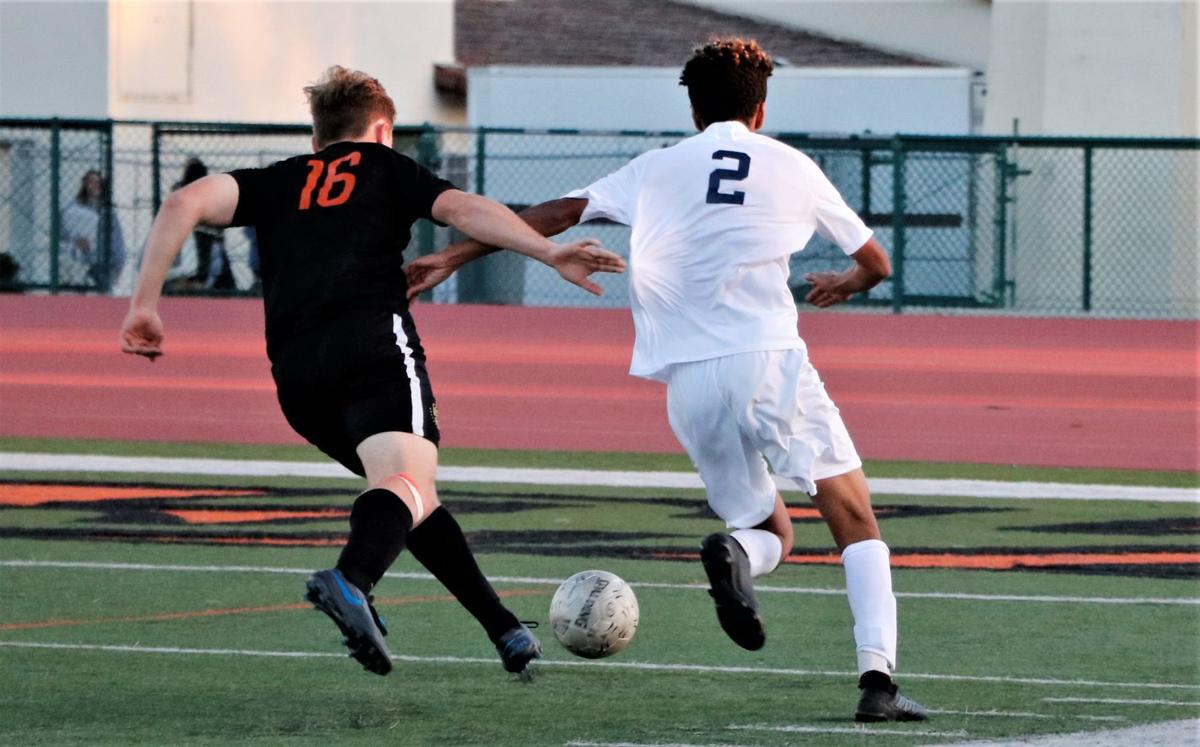 The Vikings were golden — as in Golden Goal.

The Santa Monica High Vikings defeated the Santa Ynez Pirates 3-2 Wednesday night on a Golden Goal 2:36 into overtime to end the Pirates’ season in the first round of the CIF Southern Section Division 4 boys’ soccer playoffs at Santa Ynez High School.

“It was an even game all the way,” said Santa Monica head coach Paul Spacey. “I feel bad for those guys because they played a great game, a monster game.”

The Vikings won despite being a man down for the final 10 minutes of regulation time and on into overtime.

“I really thought that once we got that red card, we were done,” said Spacey.

For the Pirates, Diego Reynoso and Nico Rocha put the ball into the net.

The Pirates broke the ice with Reynoso’s goal in the 6th minute of the first half.

On a corner kick, Rocha went up for a header and sent the ball to Reynoso who blasted the ball past Santa Monica goal keeper Max Nemoy.

Maher tied the game with a shot past Santa Ynez keeper Edgar Guerrero in the 18th minute.

Santa Ynez had its own golden opportunity in the 22nd minute when the Pirates caught Nemoy out of position but the ball went inches outside the right side of the net.

Each team was only able to get off one more solid shot the rest of the way and the teams went to halftime tied 1-1.

“We had a good start – scored early,” said Joyner. “Then we let them back into it.”

Cano scored on a penalty kick in the 45th minute to put give the Vikings the lead.

The Vikings kept the pressure on but, despite two solid shots, couldn’t get either past Guerrero.

Rocha had two chances to tie the game in the 46th and 47th minutes.

Santa Monica’s Miguel Picazo was given a yellow card in the 61st minute and then another in the 69th. Two yellows equal a red card and Picazo’s night was done. The Vikings had to play a man down the rest of the way.

In the 70th minute, Rocha scored on a penalty kick to tie the game at 2-all.

Santa Ynez continued to press the attack down the stretch but was unable to break through for a go-ahead score.

That set up a 10-minute overtime period and, in the Southern Section, the next goal would be the game winner.

It was over in the blink of an eye.

Deep in the Santa Ynez end, Cano stole the ball, took the shot and the Pirates’ season was over.

“The boys played a great game but there was no stopping that shot,” said Joyner. “But we had a good season. Nobody thought we’d get this far, make it to CIF and get a home game. Sometimes the soccer gods don’t bring down the correct results.”

“I’m delighted to get the win,” said Spacey. “Now it’s on to the next round.”

Santa Ynez, the second place team from the Channel League, ends its season at 13-6-1.

The 13th seeded St. Joseph Knights upset the fourth-seeded Scots from Bakersfield's Highland High on the road in the first round of the CIF Central Section Division 2 girls soccer playoffs.

"Not only did our defense shut them out but two of our three goals were scored by the defense," said St. Joseph head coach Al Garcia.

Brianna Flores put the Knights on top with a goal in the 20th minute off a free kick from 30 yards out.

Center back Eva Datuin added an insurance goal midway through the second half.

"She took the shot from 25-30 yards out," said Garcia. "It hit the post and ricocheted off the post, the ball back of their goalie's leg and bounced into the net."

Bella Aldridge put the game on ice in the 70th minute, converting a Zorah Coulibay pass into the Knight's third goal.

St. Joseph is on the road again Friday when they face Hanford. Hanford defeated Righetti 1-0 Wednesday to set up the date with St. Joseph.

Fourth-seeded Dunn (18-0-0), champions of the Condor League, will be on the road for Saturday’s semifinals. They will face the division’s top seeded Brentwood Eagles after Brentwood (20-0-2), the Gold Coast League champions, ousted Charter Oak 3-0 Tuesday night in Covina.

Playoff brackets for boys and girls soccer and girls water polo were released Saturday by the CIF Southern Section.

SYHS adds 5 new members to its Wall of Honor 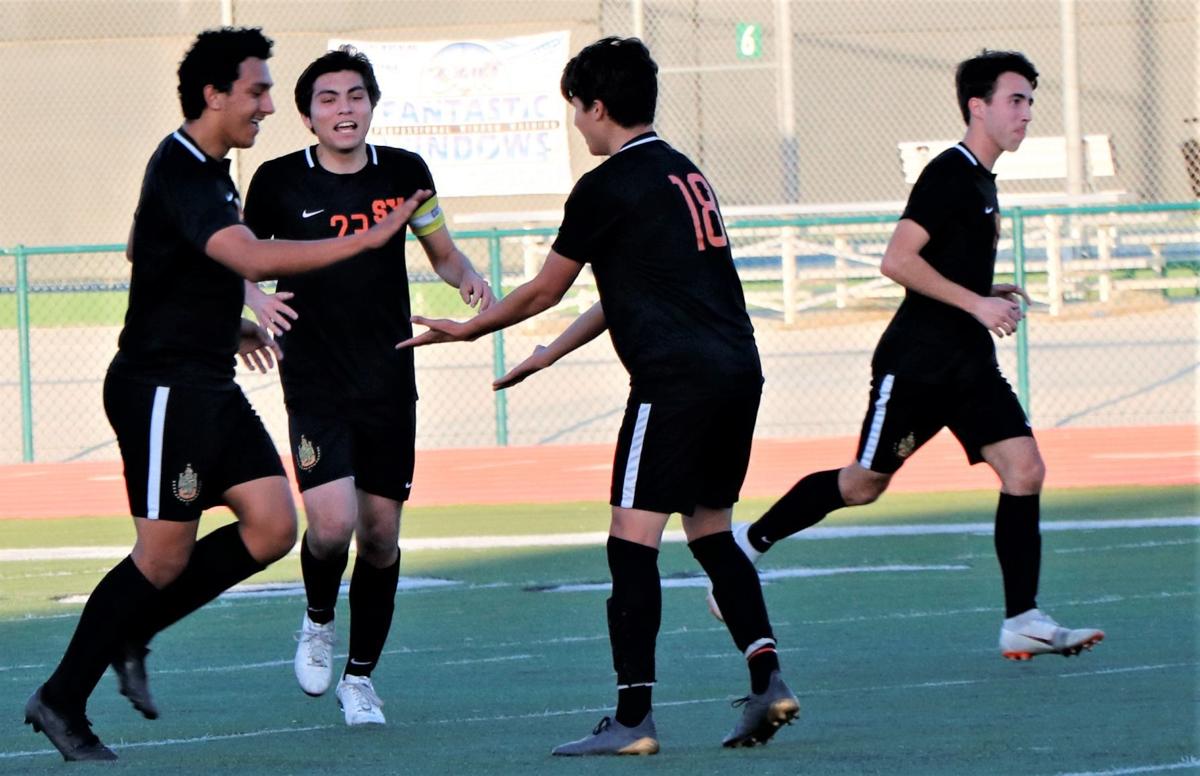 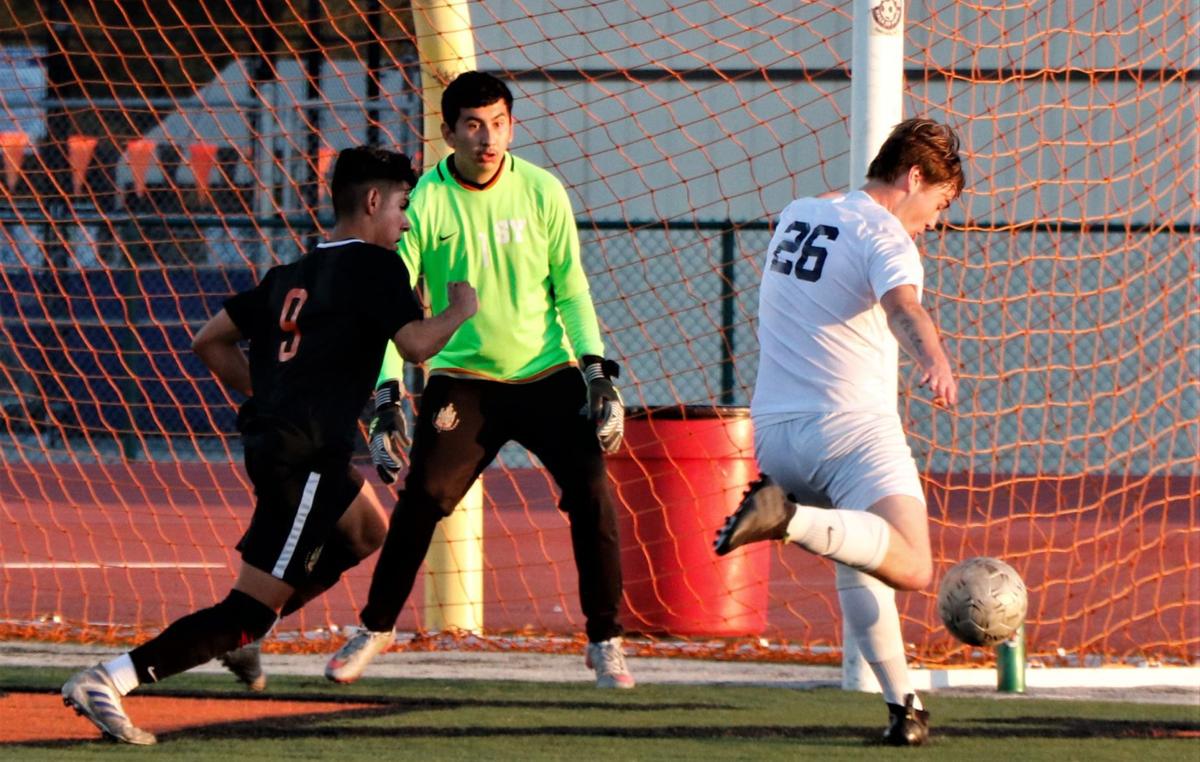 Santa Monica's Callum McNally (26) takes a shot against Santa Ynez goal keeper Edgar Guerrero as Santa Ynez's Ricardo Romero (9) closes in on the ball. Guerrero made the save. 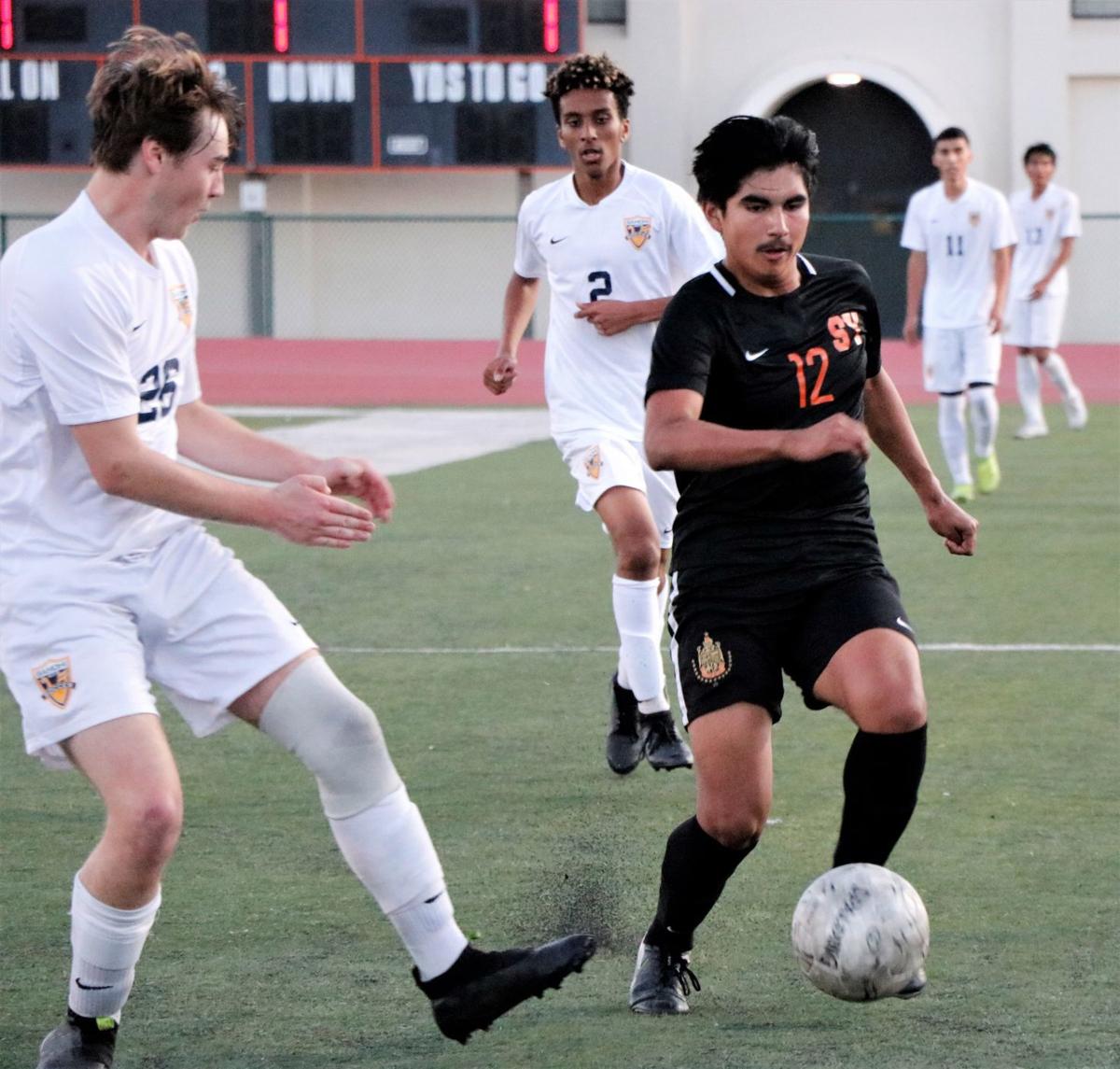