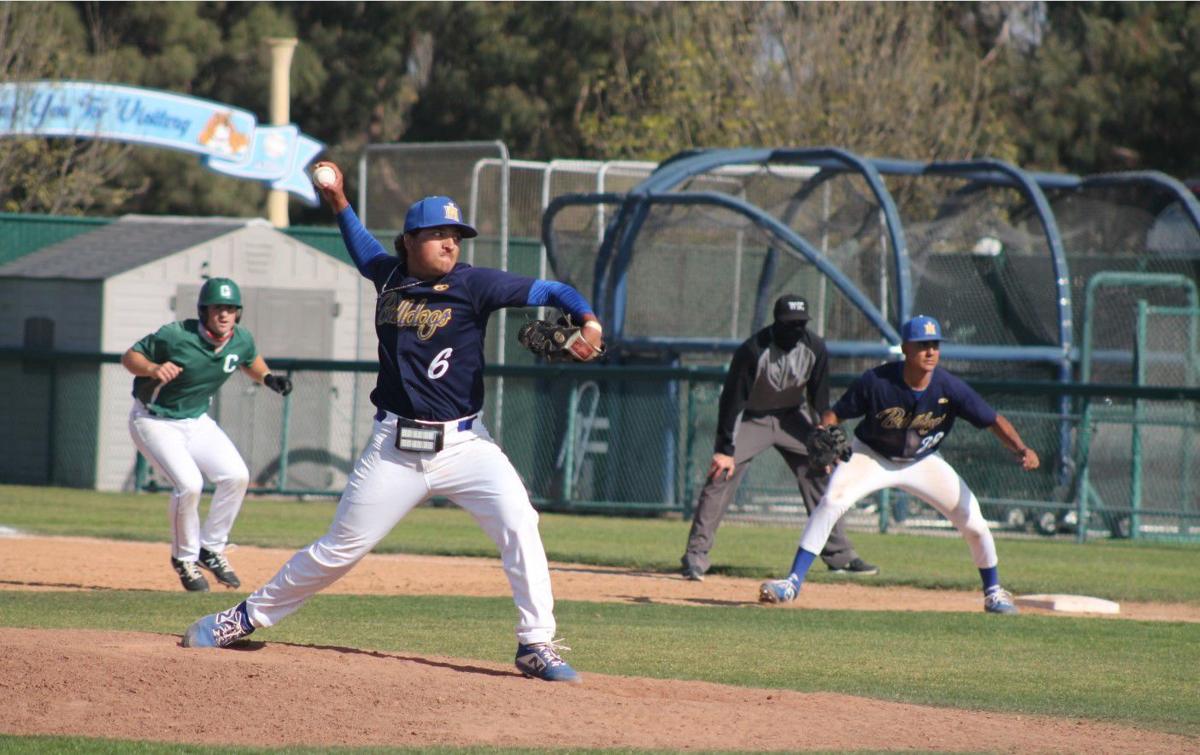 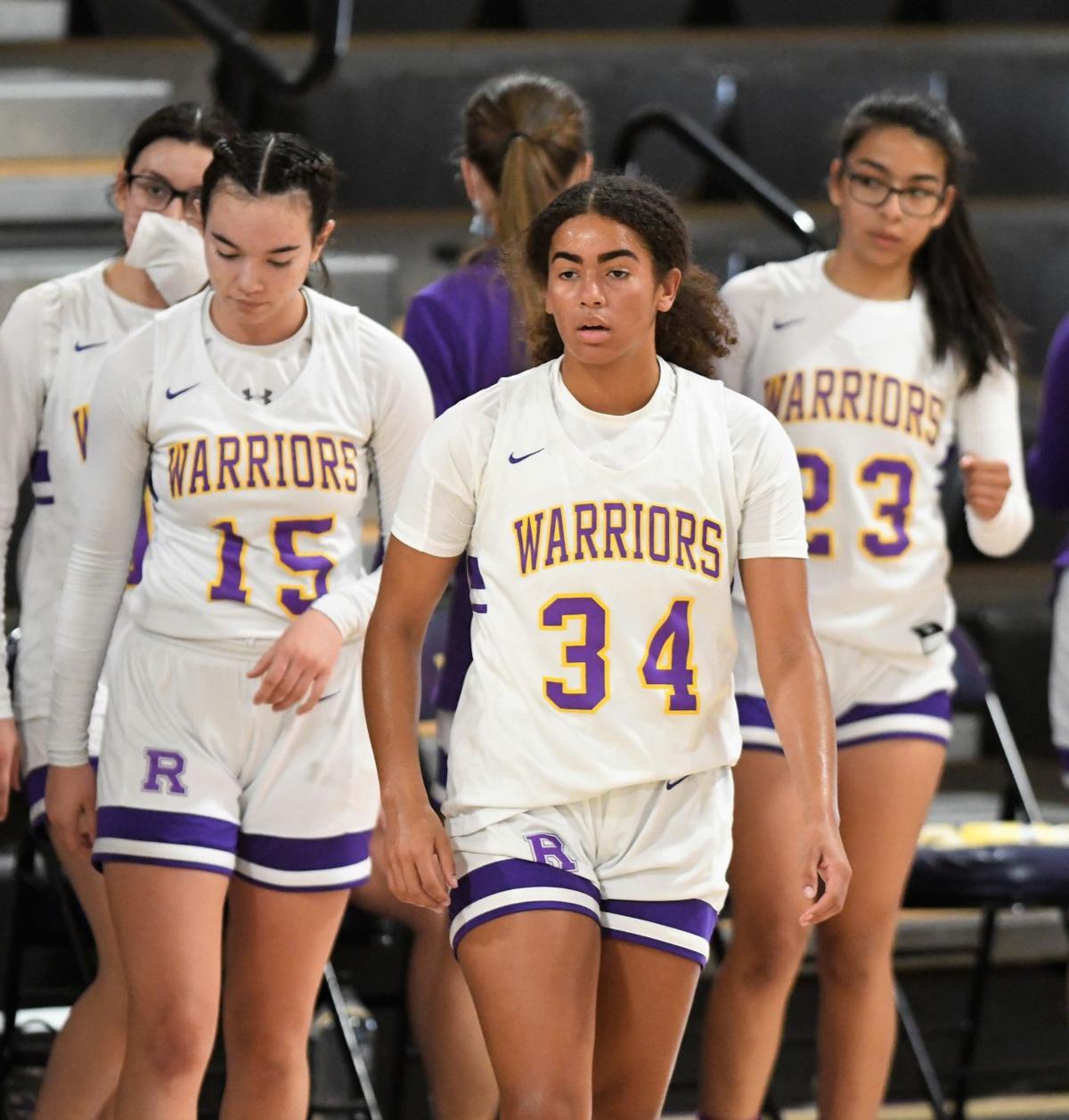 Righetti's players hit the floor after a timeout during Thursday's game against Arroyo Grande. Righetti's Madisyn Cutliff (34) was voted the Athlete of the Week.

What a week of voting it was.

The girls and boys Athlete of the Week races came down to the wire and, after thousands of votes were cast, two winners emerged.

The girls Athlete of the Week is Righetti's Madisyn Cutliff. The Warrior basketball standout landed 1,241 total votes when the polls were closed on Friday. That was just enough to edge Santa Maria basketball star Carlissa Solorio, who finished with 1,044 total votes.

Hancock baseball's Matthew Gonzales earned the male Athlete of the Week award. Gonzales threw a no-hitter against Cuesta on April 24. It was the sixth no-hitter in Hancock history and the first in 18 years.

On the girls side, St. Joseph's Briana Munoz finished third with 497 total votes.

On the boys side, St. Joseph basketball star Jincho Rivera was third with 638 total votes and Vic Heredia, a Santa Ynez baseball player, was fourth with 217 votes.

We would like to thank all of our readers for voting and helping to highlight the area's student-athletes. Coaches and athletic directors can nominate Athletes of the Week from schools in Northern Santa Barbara and Southern San Luis Obispo counties each week. Submissions are needed by Monday evening and can be sent to jbailey@santamariatimes.com.

It doesn't get much bigger than this for the Mountain League.

Righetti's players hit the floor after a timeout during Thursday's game against Arroyo Grande. Righetti's Madisyn Cutliff (34) was voted the Athlete of the Week.