The highlight of the ceremony may have been the signing of swimmer and 2019 state champ Izzie Fraire, the former Righetti High standout who signed with San Jose State.

Fraire captured Hancock's first-ever state swimming title last spring and is gearing up for her sophomore campaign at Hancock College this spring.

As a freshman, Fraire won the women's 200 breaststroke in a school record and personal best times of 2 minutes, 19.62 seconds at the California Community College Athletic Association Swimming and Diving Championships at De Anza College in Cupertino.

Fraire's state championship culminated a banner state meet in which she finished second in the 200 individual medley on the first day and fourth in the 100 breaststroke on the second day before she made school history the next day.

She wound up breaking the school record in all three events and earning All-American status in all three.

Fraire will swim for the Spartans in San Jose, a Division I program in the Mountain West Conference.

Hancock soccer player Niko Glass signed with San Francisco State, a Division II program. Glass prepped at Cabrillo High School, where he also played football as the Conquistadores' place-kicker. He was a two-time All-League soccer player with the Conqs. Glass is a native of Russia who was brought to the United States by his adoptive parents.

Glass scored 10 points for the Hancock soccer team as a sophomore and a freshman, with four goals and two assists each season.

San Francisco State went 10-7 this past season. The Gators play in the California Collegiate Athletic Association.

Four of the six Hancock football players to sign Wednesday are out-of-the-area student-athletes.

Valencia, a defensive lineman, piled up 51 total tackles with five sacks and 11 tackles for loss in his career.

One of Hancock's top offensive linemen the last two years, T.J. Boone, signed with Carson-Newman University, a Division II program in Jefferson City, Tennessee. The Eagles went 9-3 last season. Boone was a three-sport athlete at Clinton High School in North Carolina before coming to AHC. He earned Second Team All-Conference honors as a freshman in 2018.

Ahmeen Reese, a 6-foot-1, 360-pound native of Norcross, Georgia, signed with Morgan State University. As a freshman, Reese earned a spot on the Dean's List. The offensive lineman majored in Business Management at Hancock.

Morgan State is an FCS program, a step up from Division II, located in Baltimore. The Bears went 3-9 last season.

The class of football players helped the Bulldogs go 19-3 the last two seasons (9-2 in 2019 and 10-1 in 2019) and win consecutive conference championships and back-to-back bowl games. 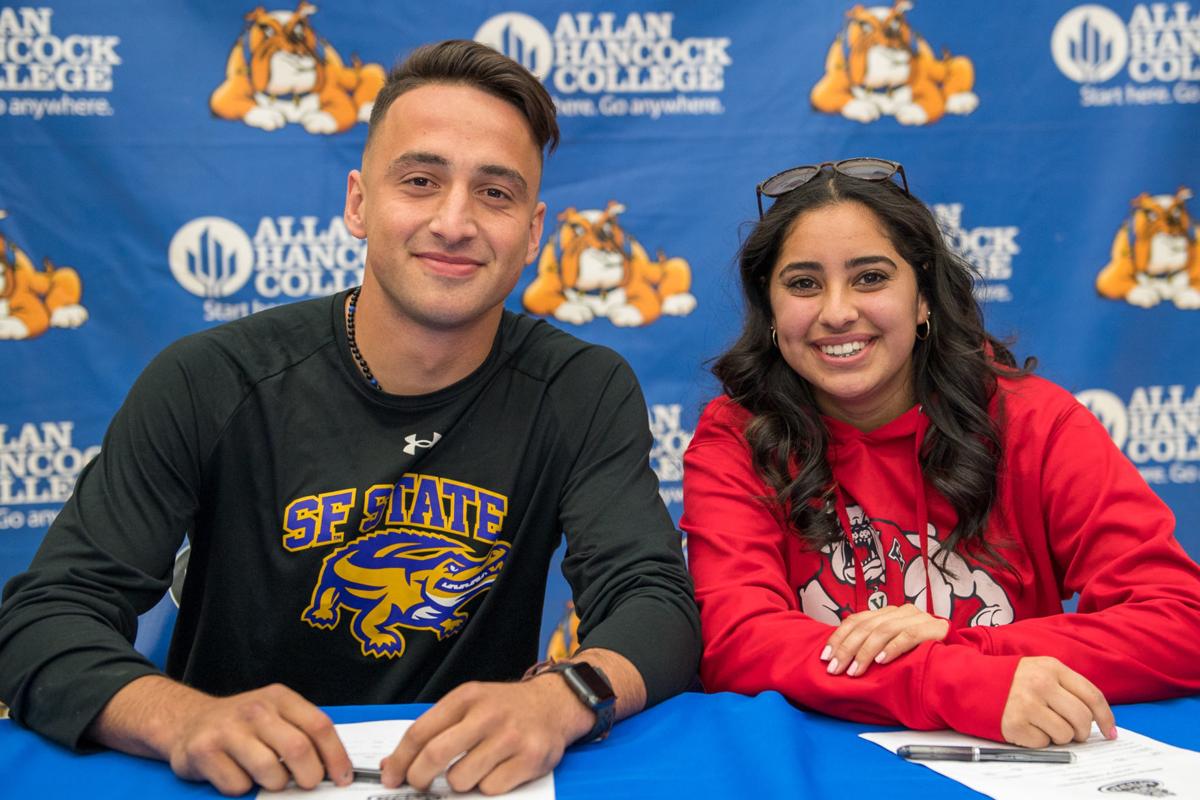 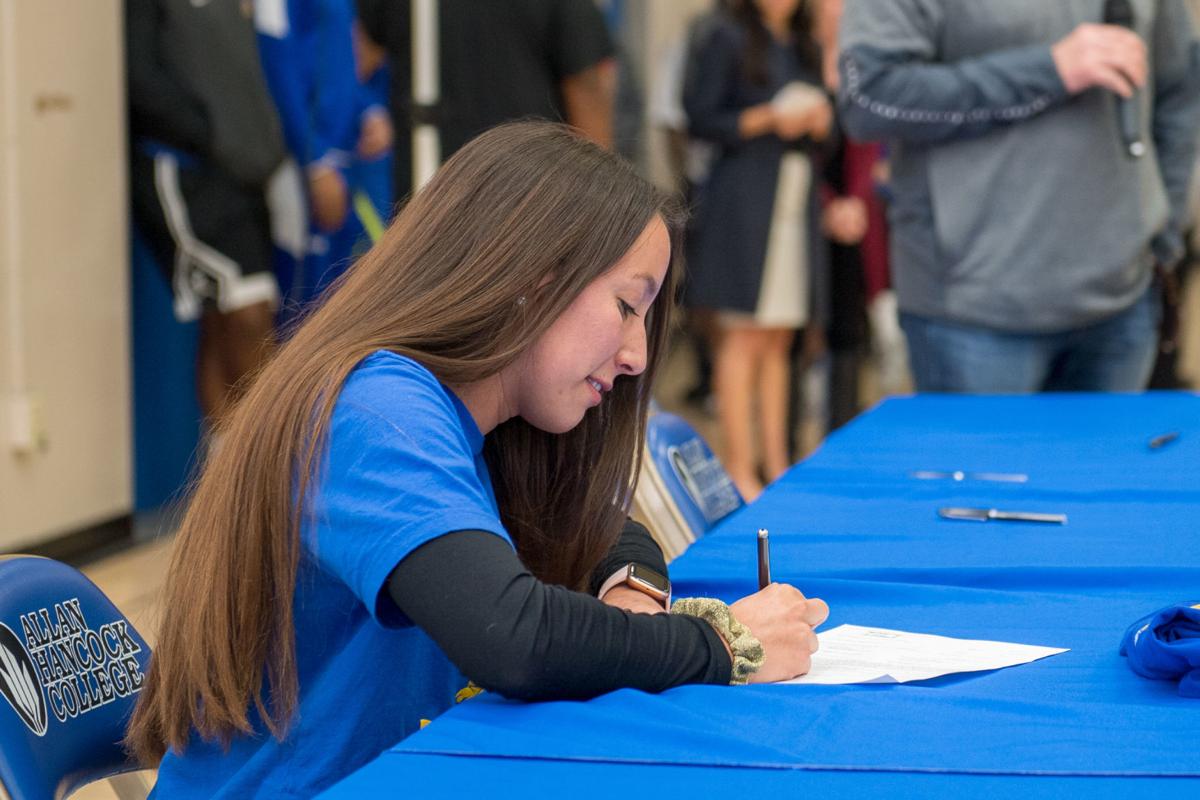 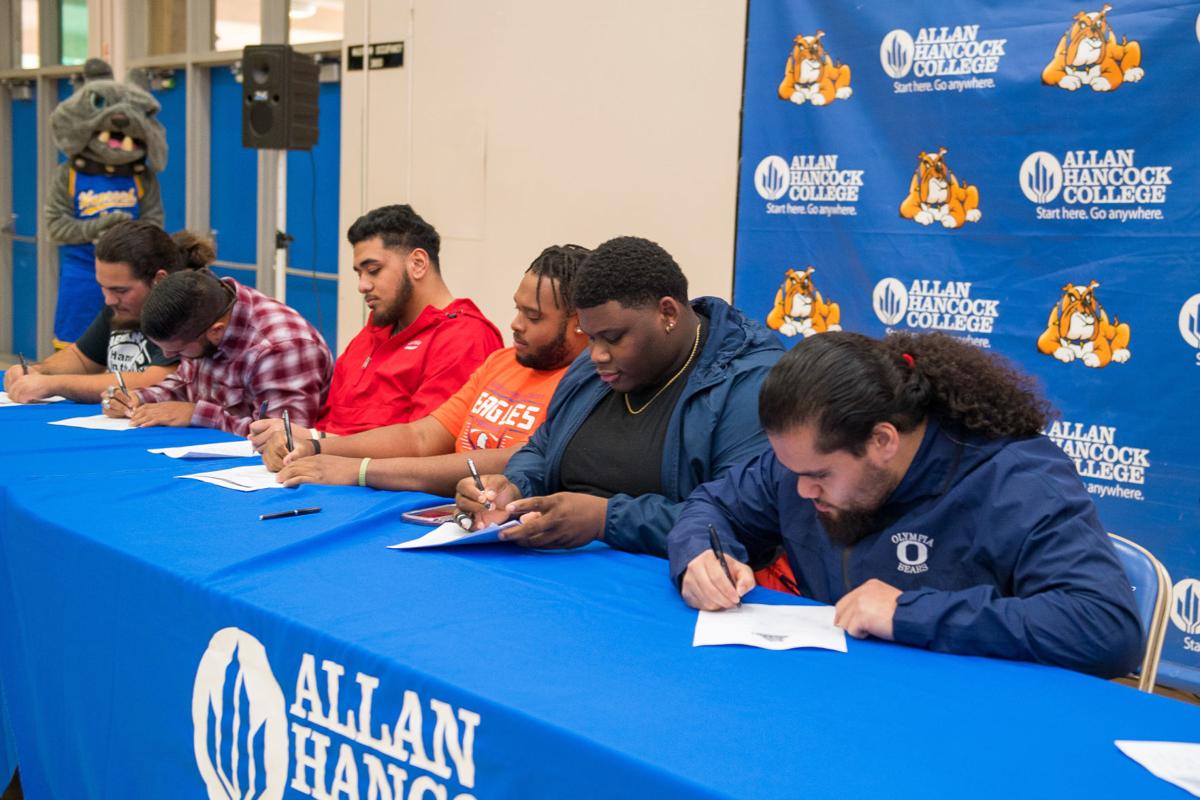 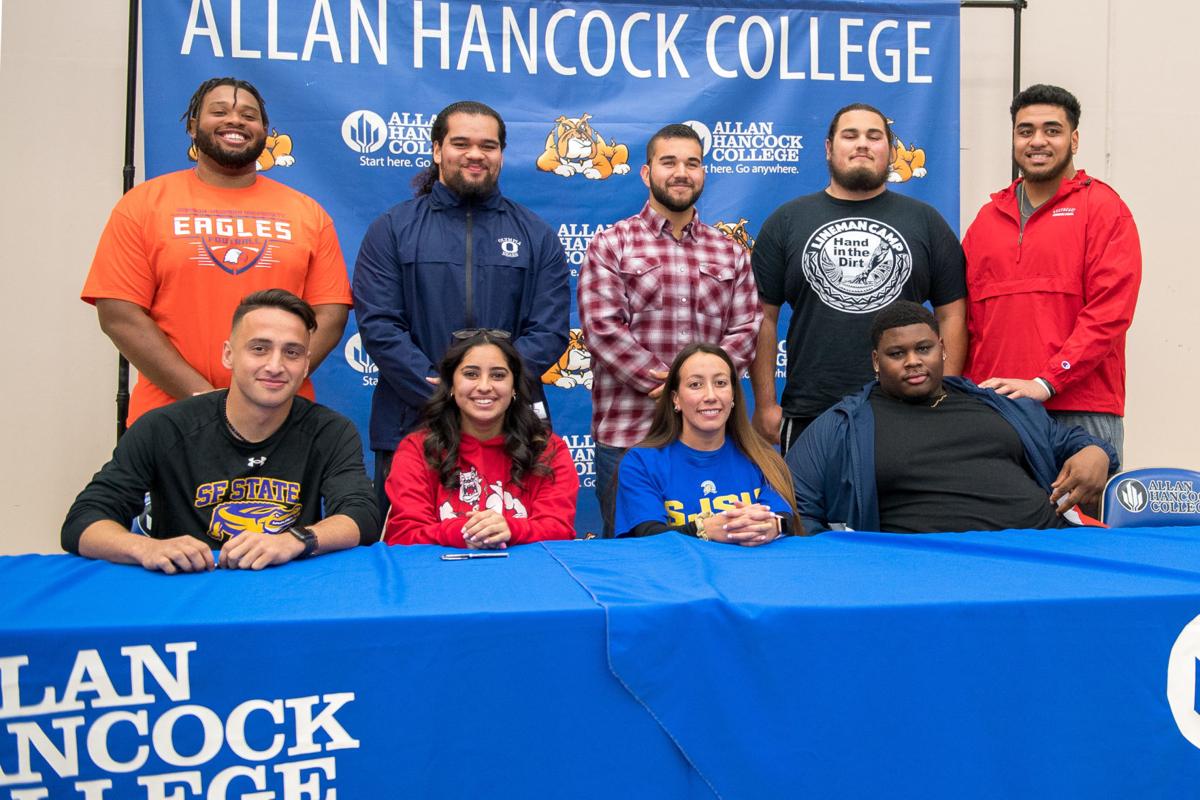 Hancock College athletes pose for a picture after they signed letters of intent for four-year universities on Wednesday.