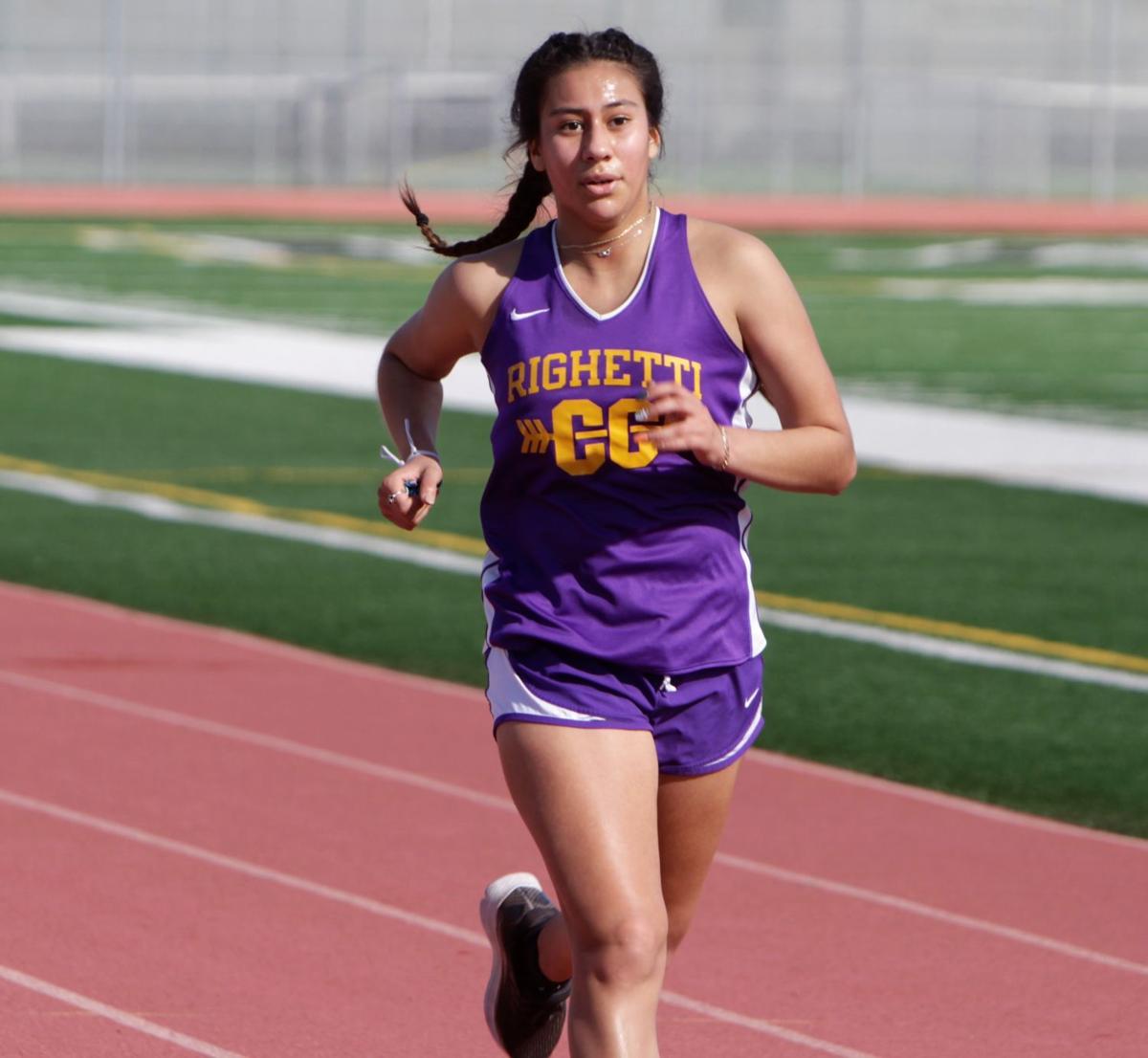 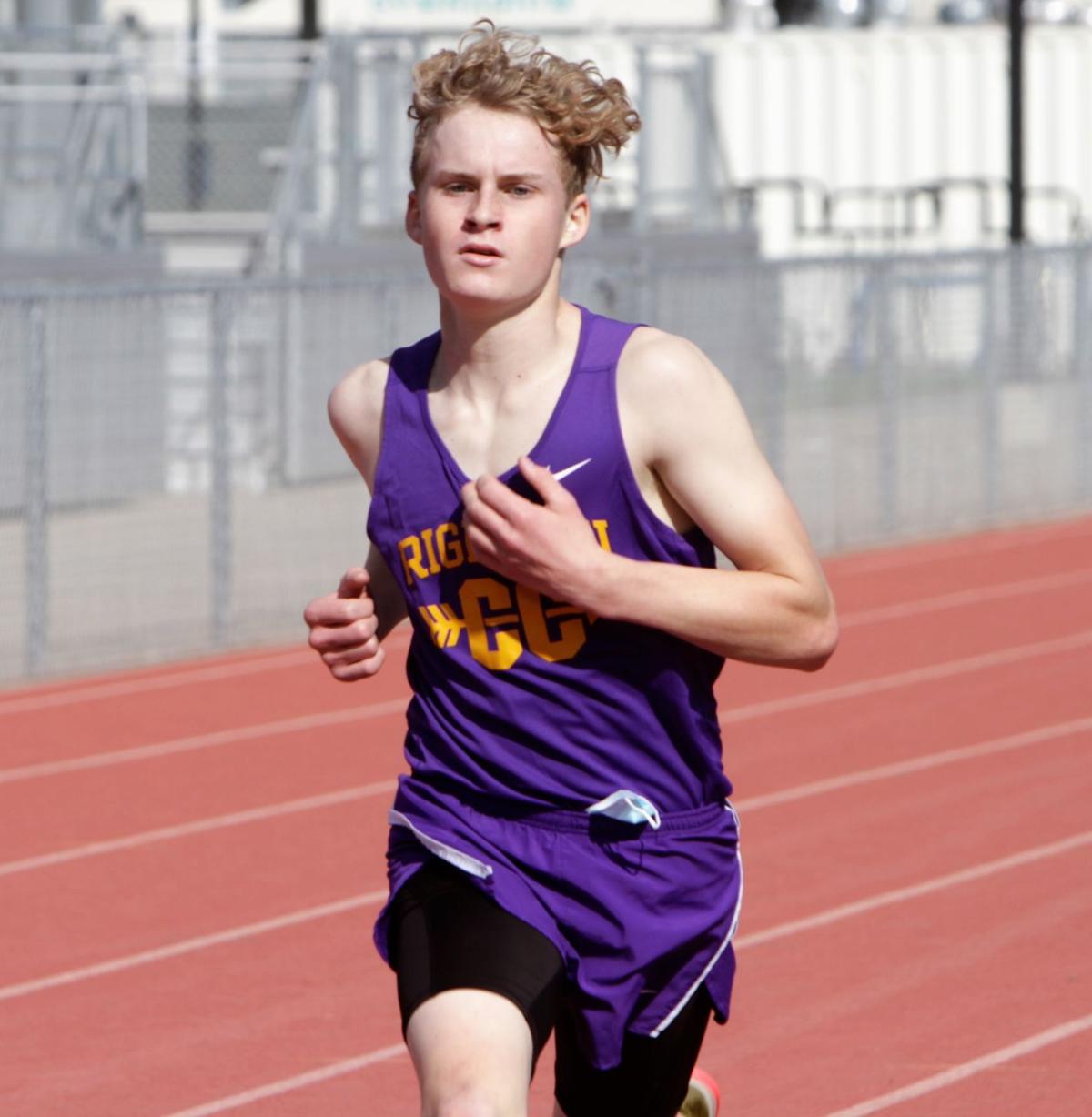 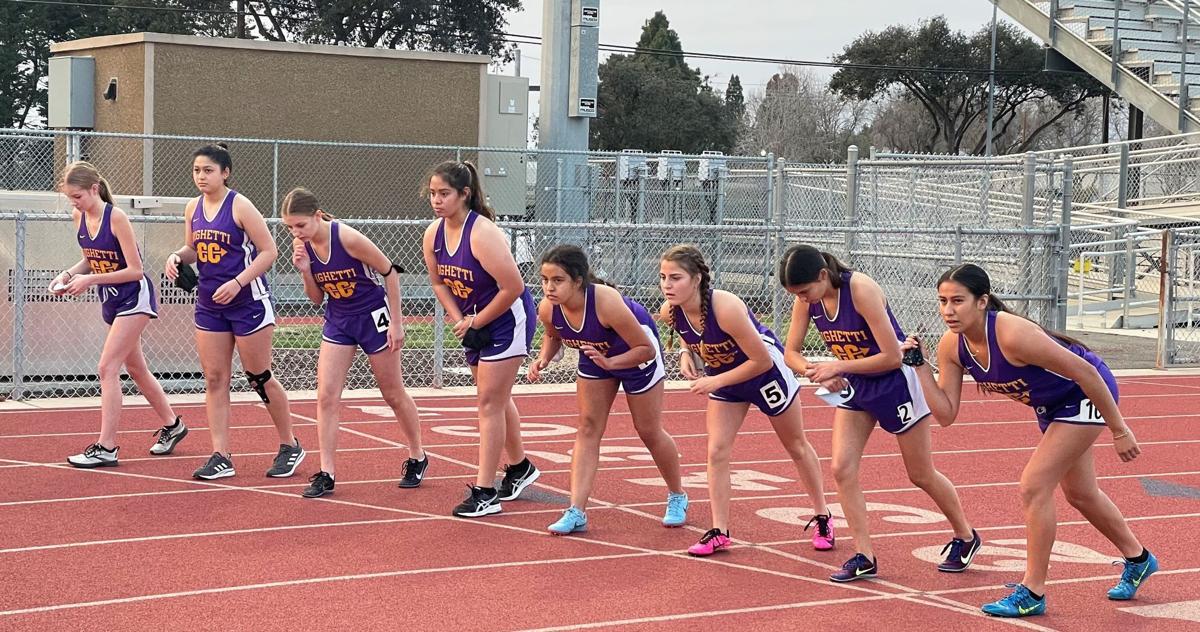 The Righetti girls cross country team prepares to start its race against Santa Maria. The team is led by, from right, Maraitzel Moreno, Sierra Daley and Peyton Carrera. 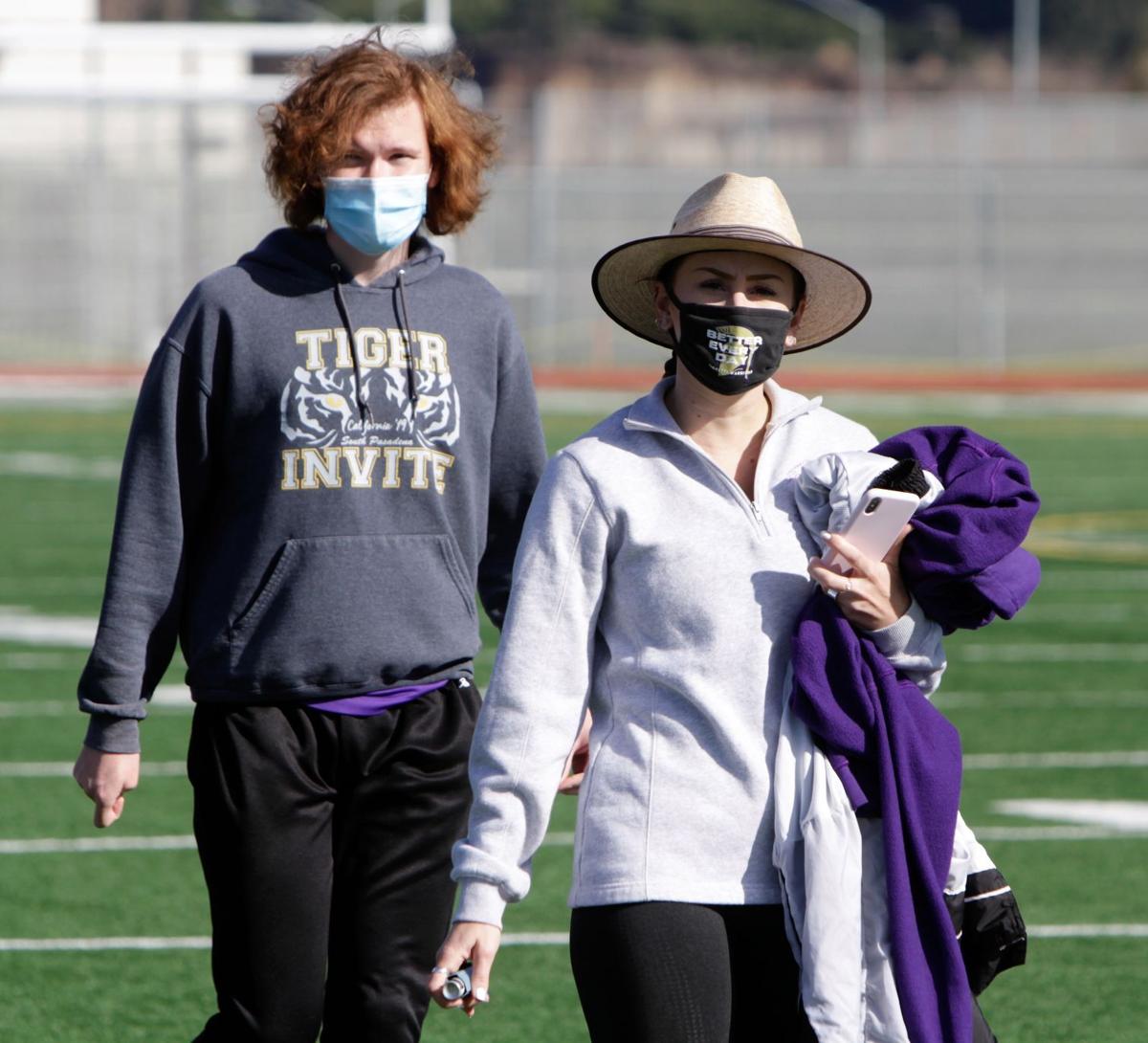 Much of the last year has been doom and gloom, especially for high school athletics in the area.

Luckily for the Righetti cross country team, they had a solid support system in place.

Megan Cota, now in her third year with the team but the first as head coach, had plenty of experience working with the runners. She used that knowledge to keep the squad intact.

The runners, though, also had plenty of perseverance to navigate so much uncertainty and doubt.

Even though the runners weren't sure if it would ever pay off, they continued to train throughout the fall and winter in the hopes of having a high school season.

That work has just now begun to pay off. Righetti has joined other area teams in returning to competition amid the coronavirus pandemic, running in dual races beginning this month.

Righetti has run multiple times in the last two weeks. They raced Pioneer Valley on Feb. 6 and Feb. 12. They also ran against Santa Maria on Feb. 9.

"I know them so well," Cota says about her runners. "Most of the kids are kids that I've been coaching for two or three years now."

Cory Campbell, a sophomore transfer from Orcutt Academy, has consistently been the top runner for the Warriors. He cruised to a win at Pioneer Valley on Feb. 12. Tristan Wall, Aidan McAlister and Armando Cervantes have also been some of the top finishers for the Warriors.

Vignesh Neerathalingham, Angel Uvalle and Eric Angulo are also in the mix as scoring runners for the Warriors.

"My top three aren't the fastest in the league, but they're a solid group to work with and they motivate the rest of the team," Cota said.

As the only sport going, cross country shines on center stage

Campbell doesn't really look at himself as the leader of the team, though McAlister has been impressed by the young sophomore.

"Cory is just a big inspiration to the whole team," the senior McAlister said of Campbell. "I think the team takes inspiration from him and his dedication to the sport and his overall speed and endurance. It all adds up to one great teammate here, it's just great."

Campbell said, "I don't really think of it that way, I always get pushed at practice. Aidan kicks my butt every practice."

Cota says the runners having some outside competition has been good for the team.

"Before, it was like Lucy moving the football -- we didn't know when we were going to start practicing and competing," she said. "Now they've got a fire in their belly."

The Righetti girls squad has a whole new look with Cota saying she lost about 15 runners from the previous season.

There is a solid core in place, though, with Maraitzel Moreno, Peyton Carrera and Sierra Daley leading the way.

"It's been hard," Moreno, a junior, said. "I didn't want to try hard at practice because we don't know if we're going to compete. That's kind of what my mindset has been. Now that we are out here running against other teams, it's a lot better."

Cota has seen that as well, with her runners responding to the recent competition.

Player of the Decade: Remember Kyle Raubinger? He was really, really good

"I've seen a change in the motivation. They were excited to come out and practice and spend time with each other, but it was more of a running club," Cota said. "Now that we're competing, I've seen that fire come back and they're working a little harder at practices and pushing themselves more. They're taking it more seriously."

"I really like competition," Moreno added. "It's a lot of pressure (being a top returner) because all of us are neck-and-neck. We're all trying to set the example."

Pioneer Valley and St. Joseph back on course as high school golf returns to Central Coast

The Pioneer Valley girls golf team hosted St. Joseph's squad then as area teams have returned to competition amid the coronavirus pandemic.

High school football could be on its way: California makes it easier for outdoor sports to return

The announcement makes it easier for high school football and other contact sports to return to the area, though testing of student-athletes is a requirement for areas with a higher case rate. Football practice could begin as soon as Feb. 26 in areas that can adhere to the new guidance.

The Righetti girls cross country team prepares to start its race against Santa Maria. The team is led by, from right, Maraitzel Moreno, Sierra Daley and Peyton Carrera.