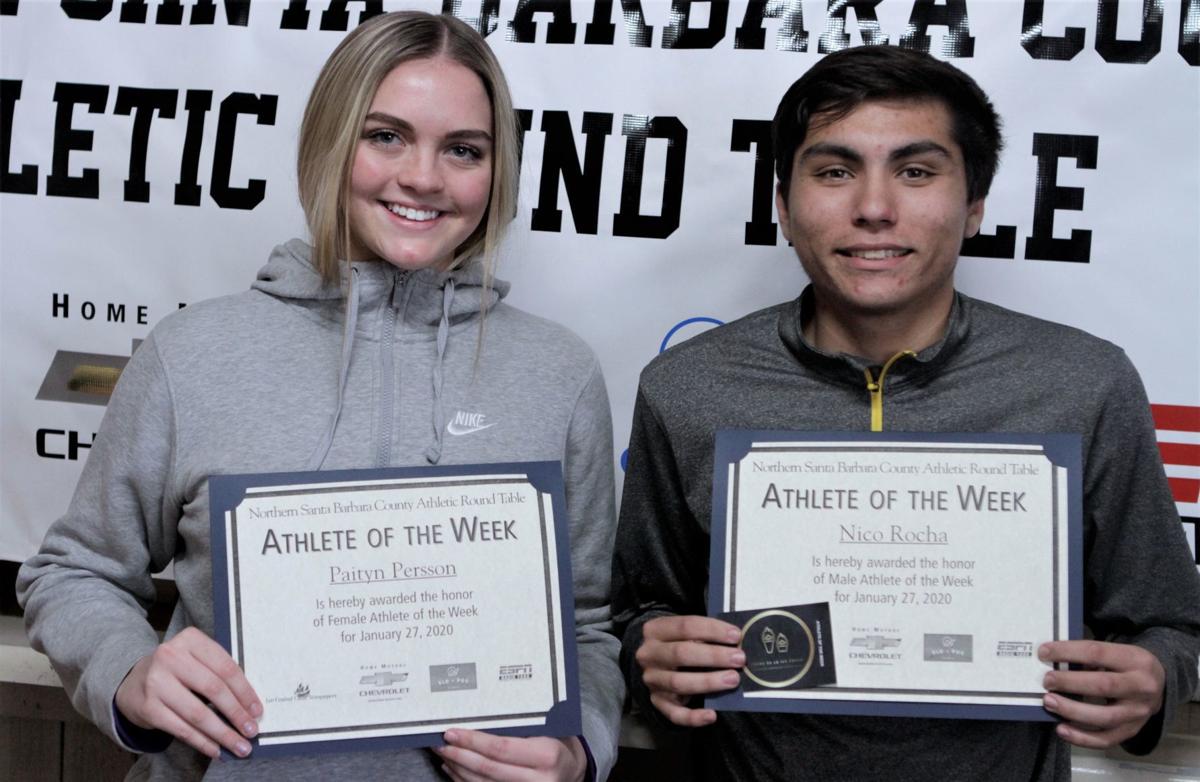 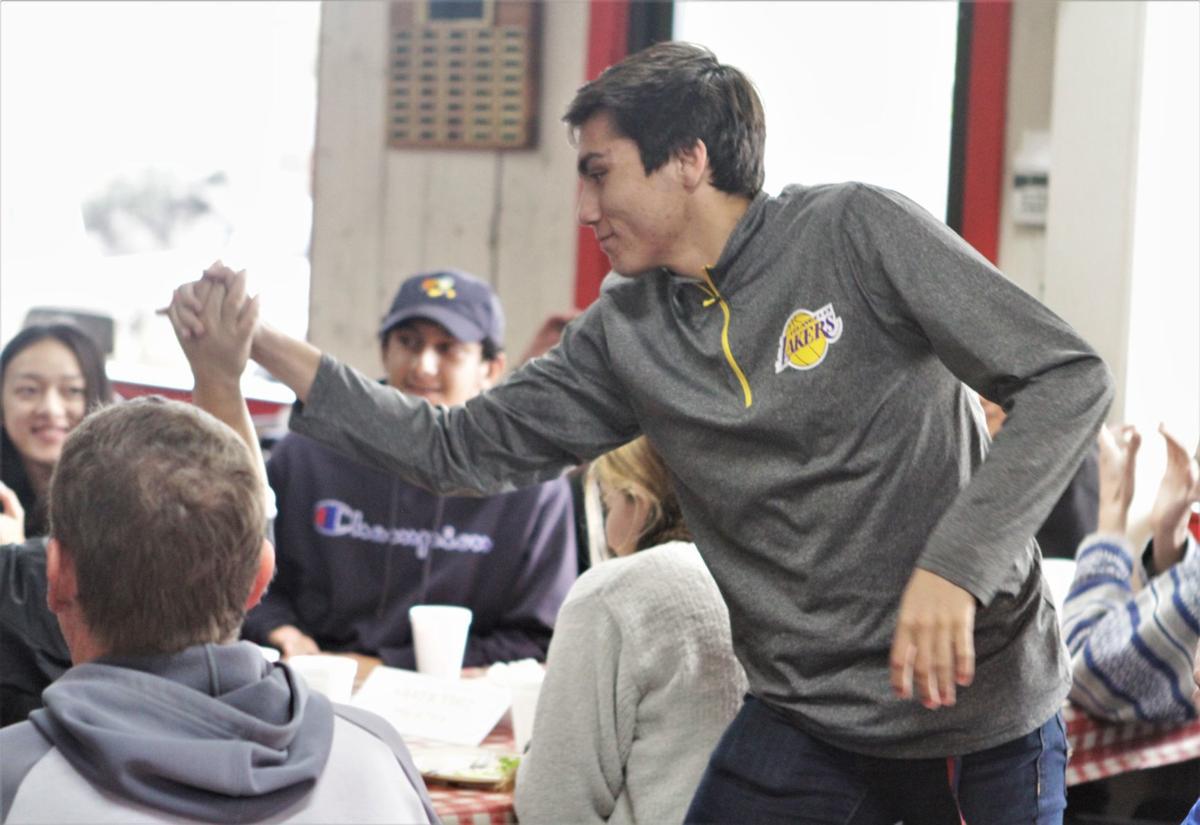 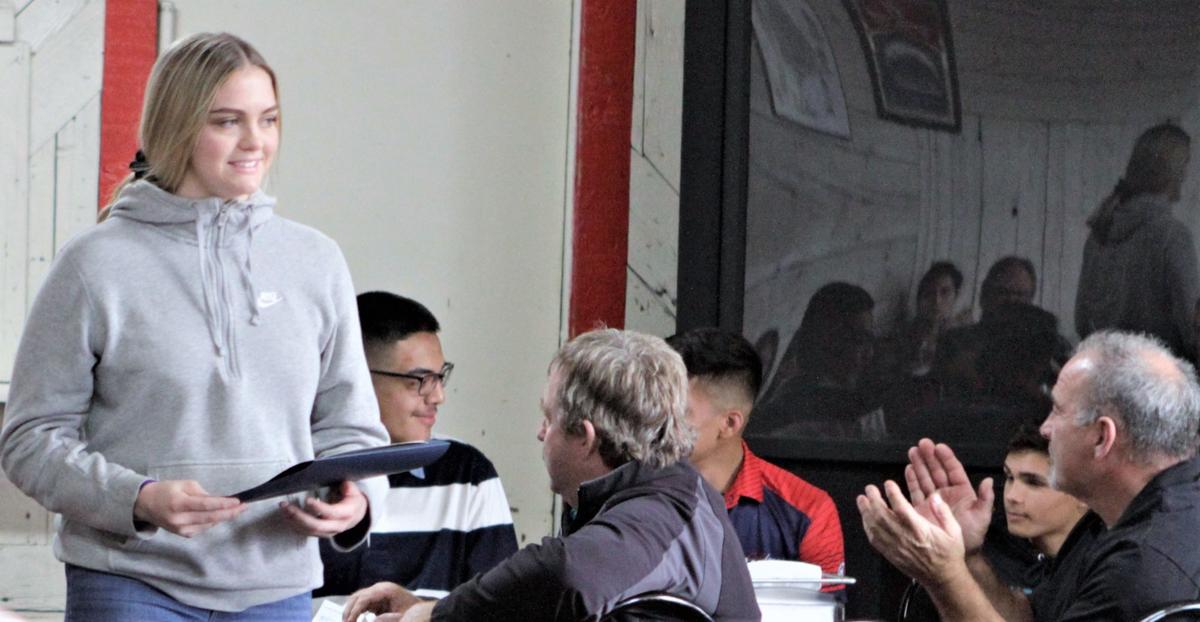 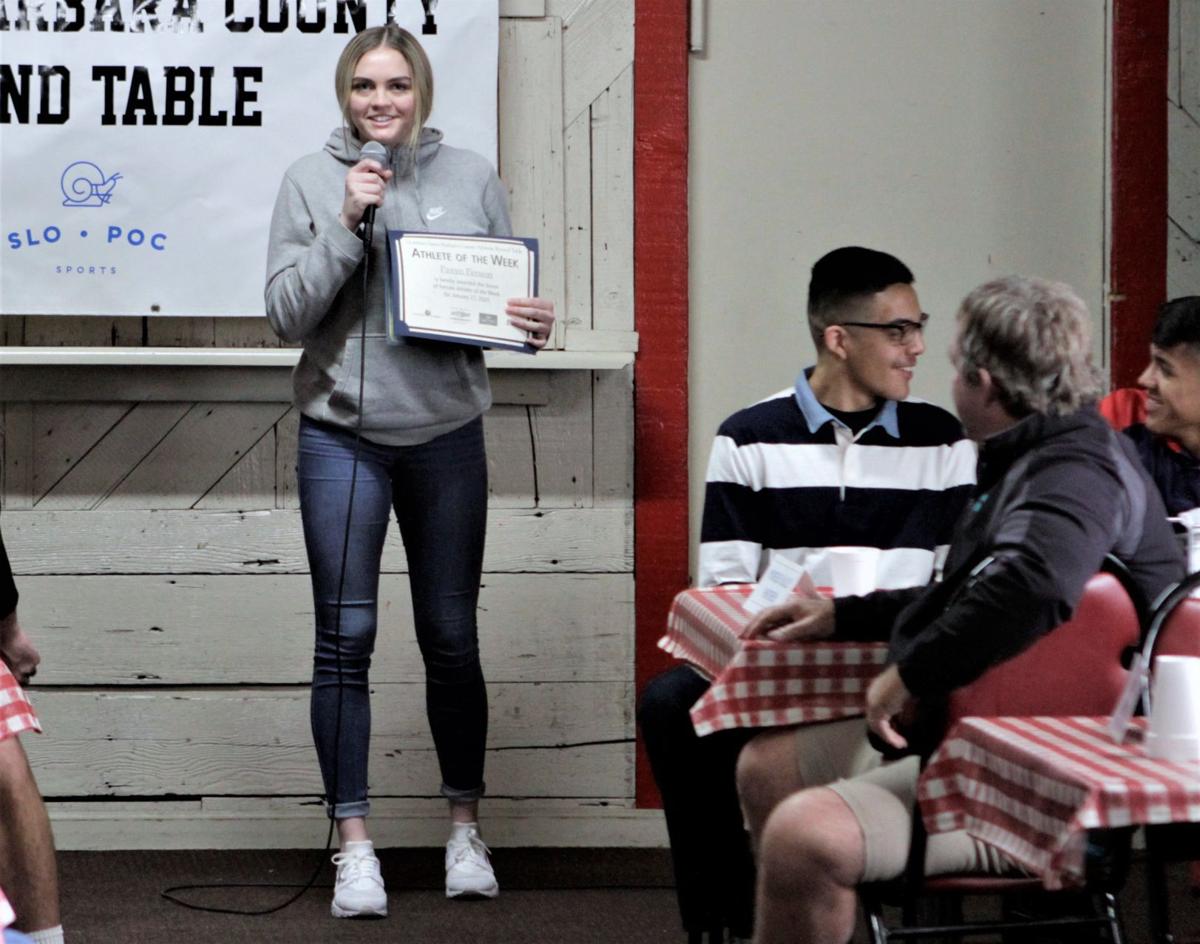 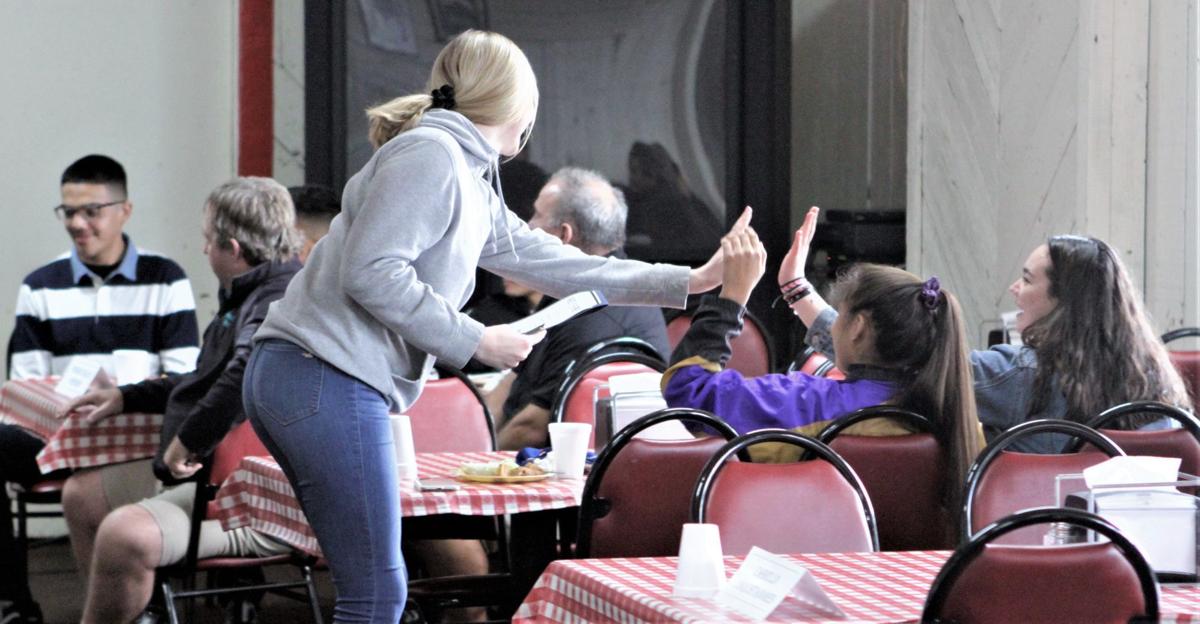 Righetti basketball player Paityn Persson is congratulated by teammates after she was named Athlete of the Week during Monday's Northern Santa Barbara County Athletic Round Table held at Giavanni's Pizza in Orcutt.

Righetti basketball player Paityn Persson had a heck of a week. So did Santa Ynez soccer standout Nico Rocha.

For their efforts, they were named Athletes of the Week during Monday's Northern Santa Barbara County Athletic Round Table at Giavanni's Pizza in Orcutt.

Persson sank two buzzer-beating shots last Friday in a 59-58 overtime win at San Luis Obispo. Persson made a shot at the end of regulation to tie the game, then made the game-winning basket as the final buzzer sounded in overtime to give the Warriors a win and stay unbeaten in Mountain League play. The Warriors are 19-2 overall on the year.

She had 14 points and 12 rebounds against San Luis Obispo. In a break-away win over Nipomo on Jan. 21, Persson scored 14 points and grabbed 16 rebounds.

Photos: Monday's Athlete of the Week Round Table luncheon

"It feels good to get some recognition for that, although it was a team effort that got us to the end," Persson said of the thrilling win at SLO. "Alex (Paquet) hit a lot of 3s to get us back in the game and I was just in the right place at the right time. It felt good to make that game-winner."

Before that close game against SLO, the Warriors had been dominating most of their league opponents. Persson said it was good to have a tough league test as the CIF playoffs loom nearby.

"When we played SLO the first time we killed them, so I think we might have been a little over-confident," Persson said. "For them to kind of show us what's up, it was good. We didn't give up, even with five seconds left. We just kept going. The hard work paid off and it felt good."

Rocha scores three goals and assisted on another last week as the Pirates defeated both Lompoc and Dos Pueblos in Channel League games. Santa Ynez has fought its way into the thick of the Channel League title chase with the play of Rocha, a team captain.

"I don't really care for the individual stats or awards -- obviously it's an honor -- but I think it's great that I was able to push our team to get that win," Rocha said. "We're at a point to where we can challenge Santa Barbara for the league title and it really shows the bigger schools that it doesn't matter how small you are, it's about heart and who wants it more at the time."

The Spartans were represented by Mariah Lopez, Vanessa Salazar and Erynn Padhal.

Power Rankings: See which area basketball teams hold down the No. 1 spots this week

Desiree Hitch, the Warriors girls basketball coach, spoke for Righetti, recognizing her standouts Natalie Garcia and Alexandria Paquet, as well as Persson, the Athlete of the Week.

Wegemer put the spotlight on the Knights' girls basketball team that defeated Templeton on Friday for a big Ocean League win last week.

Athletic director Brian Wallace spoke for the Saints' girls basketball team that has been competitive this year and in Ocean League play.

The Saints were represented by Alma Fernandez, Yvette Lopez and Madison Garrity. The Saints host St. Joseph Friday night in an Ocean League game at 6:30 p.m.

The Pirates had a full table, with athletic director Ashley Coelho and soccer coach Rick Joyner speaking for the Pirates.

Leandro and Armando Contreras were on-hand for Pirate wrestling as Kattie Nguyen and Molli Kadlec represented the girls basketball team.

The only school not in attendance on Monday was Cabrillo.

Hancock baseball: Bulldogs fall to College of the Sequoias in somber home opener

The flag at the Hancock baseball-softball complex was lowered at half staff and a pre-game moment of silence was held in honor of the nine victims who perished in a helicopter crash in Calabasas Sunday.

Righetti basketball player Paityn Persson is congratulated by teammates after she was named Athlete of the Week during Monday's Northern Santa Barbara County Athletic Round Table held at Giavanni's Pizza in Orcutt.