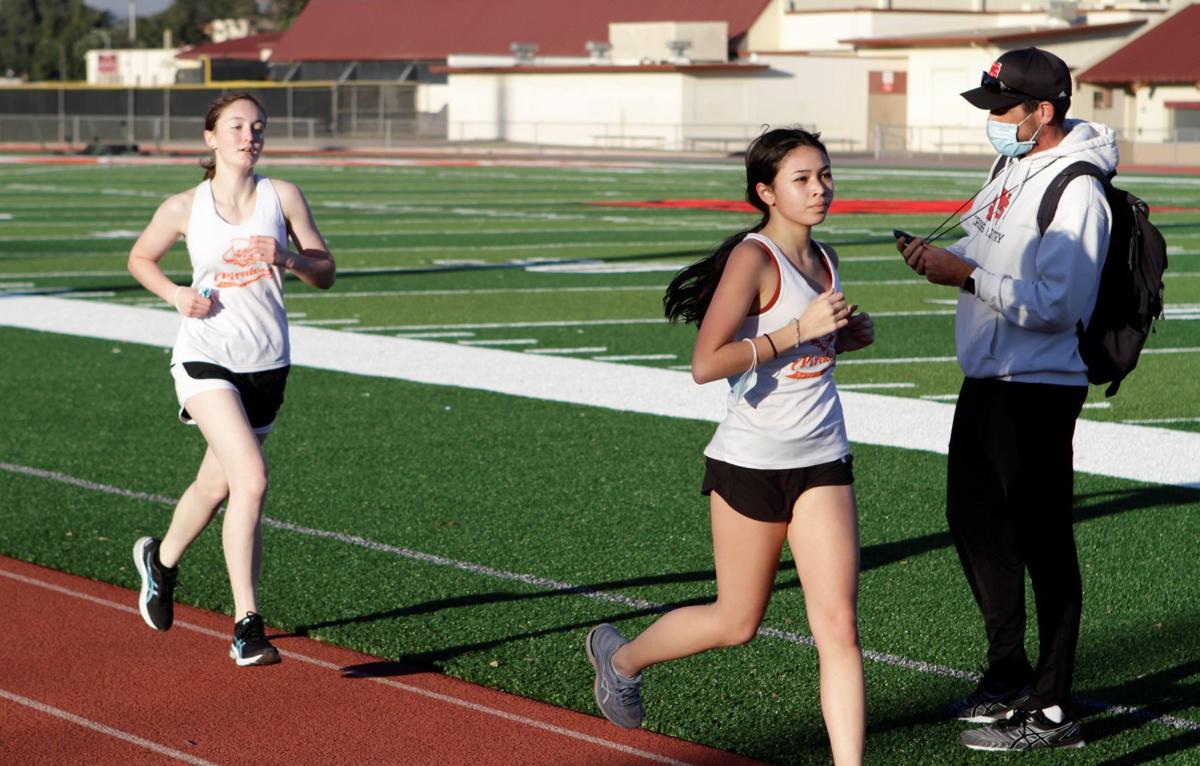 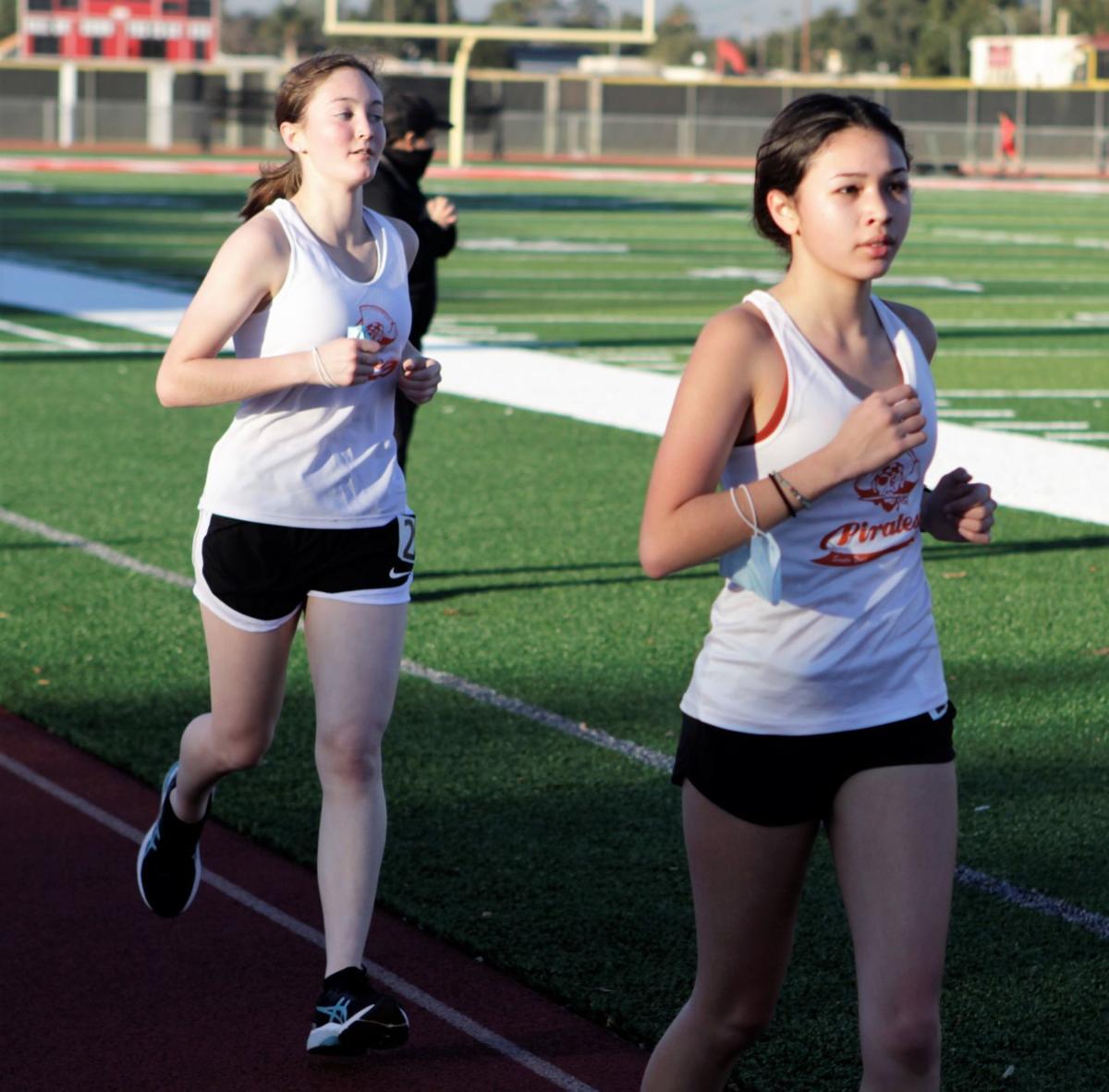 Santa Ynez runners Sofia Monsalud, right, and Victoria Bernard left compete at the Santa Maria High School track on Friday. Two Pirate runners were able to make the race against Santa Maria High, the first high school race in over a year. Bernard ran the eight laps in 16:03 and Monsalud finished in 16:12.

For the first time in nearly a year, her athletes were competing.

Monsalud and Bernard did, in fact, compete then, ending that long hiatus for Santa Ynez athletics spurred by the coronavirus pandemic.

"I didn't sleep at all, in fact, and I just kept thinking about how exciting it's going to be watching our kids running around the track eight times and competing," Coelho said Friday. "I really think it's awesome that cross country is the 'spotlight' sport. It's a sport that nobody ever expected to be in the spotlight. But cross country will set the example and lead by example. We're thankful for Santa Maria for this opportunity to come out. It's epic, it's perfect and it's a beautiful day."

Coelho said her runners traveled with their parents. Parents were then asked to remain outside the SMHS stadium. Only competitors, media and school officials were inside the stadium during competition.

Runners wore masks at all times except during competition.

Wallace, a former Santa Ynez coach, got in touch with Coelho, who asked coach Ron Misner to gather as many runners as he could. That resulted in the two athletes traveling with parents to the event in Santa Maria and running eight laps apiece on the track.

"Some of the girls had already made plans because we weren't expecting to race," Misner said. "Some were working. But I got a few of my young up-and-coming runners.... We're just trying to see where we're at."

"I'm excited, a little nervous not having raced in a long time," Monsalud said before the race.

Two Santa Maria seniors were the top finishers in both the girls and boys races, as Amy Perez finished first in the girls race and Yair Torres was the fastest finisher in the boys race against Mission Prep.

Perez finished in 13 minutes, 49 seconds and Torres cruised to a win in 10:05. Typically, cross country races are held in parks or off-road courses, but amid the pandemic, any type of competition was eagerly agreed to by the competitors, coaches and school administrators.

The state of California has virtually locked down all competition since last March amid the coronavirus pandemic. The state has grouped certain sports into tiers based on various factors, like if a sport is close-contact vs. no-contact or indoor vs. outdoor.

"That is the hope," said Dave Yamate, Santa Maria's girls coach and boys basketball coach. "I think we showed today that you can do it safely. With cross country, there's no contact, the kids are social distancing. No kids have come down with COVID since we've been going at it. Having some type of senior season would be really great. The kids will take a short season over no season at all."

On Wednesday, UCSB finally broke a 20-or-so-year drought. The Gauchos have been picked as the favorites in their own conference in the Big West preseason poll. In a press release Wednesday, the school said that it's the first time "in over 20 years" that UCSB was picked to win its own conference.

Santa Ynez runners Sofia Monsalud, right, and Victoria Bernard left compete at the Santa Maria High School track on Friday. Two Pirate runners were able to make the race against Santa Maria High, the first high school race in over a year. Bernard ran the eight laps in 16:03 and Monsalud finished in 16:12.