Despite illnesses, California says virus vaccine can be used

Santa Ynez seniors Nielsen heading across the country, Gills heading to Sweden
0 comments
Share this
1 of 2 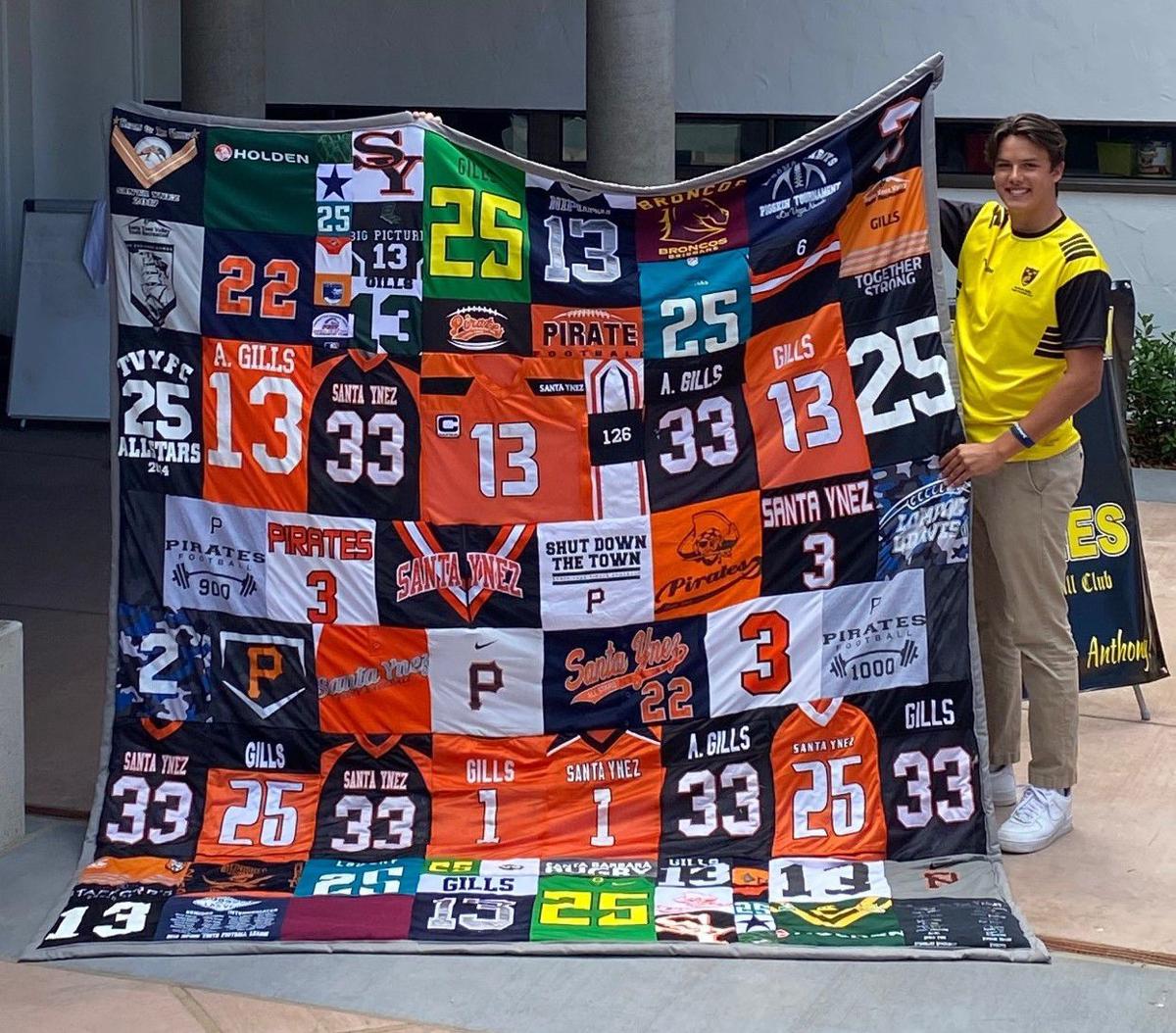 Former Santa Ynez football player Anthony Gills poses with a blanket of his youth football jerseys during a ceremony at Santa Ynez High Friday to commemorate his signing with a rugby club in Sweden. 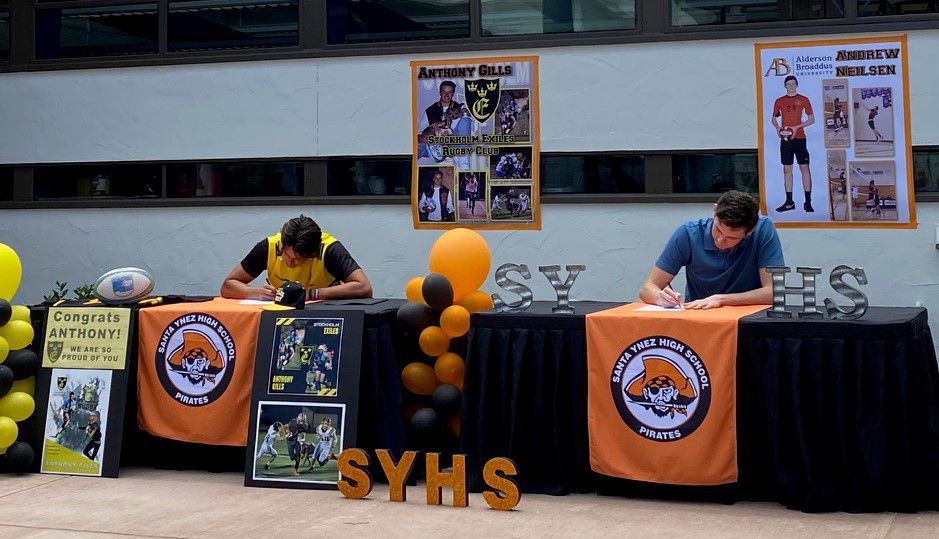 Both were three-year varsity players at Santa Ynez. Gills played quarterback and wide receiver for the Pirates football team. Nielsen was a middle blocker for the Santa Ynez boys volleyball team.

The two spoke in phone interviews Friday. Gills said he has been playing American football since he was six, but he is also quite familiar with rugby.

"My dad (Mike Gills) is from Australia (a rugby hotbed), so I've been around rugby all my life," said Anthony Gills.

Both will be going to the next stops in their athletic careers sight unseen. Gills has not been to Sweden. Because of the COVID-19 pandemic, Nielsen had to settle for a virtual tour of the Alderson Broaddus campus.

Nonetheless, "It's a beautiful campus," said Nielsen. "It's on a hilltop.

"The campus was one of the selling points about the school for me. I talked to some others, but Alderson Broaduss was the school I felt more comfortable with."

Nielsen said he will get combined athletic and academic aid, which amounts to a partial scholarship, to attend Alderson Broaduss.

Gills said he plays for two youth rugby organizations, the Santa Barbara Sting Rays and the Santa Youth Rugby Program, during the spring.

"Actually, I heard about the Stockholm team from one of my teammates on the Santa Barbara team, Lancelot Nabony who is an exchange student at Santa Barbara," said Gills.

"His dad, Alan Nabony, is the owner of the Exiles. He saw me play a game with Santa Barbara, and it was the best game I've played in my life. They offered me a spot on the team after the game."

Gills plays fullback in rugby. A rugby fullback can be in on the attack but as for his main responsibility, "I'm the last line of defense before the goal line," Gills said.

The Exiles play in the Allsvenkan League of the Swedish Rugby Union. "The best side in the country," rugbyworld.com called the Exiles in June of 2019.

Gills will leave for Sweden in late July.

He knows all about the problems Sweden, whose higher ups have chosen to keep their nation open with the goal of achieving herd immunity in the country, has had with the pandemic. Still, he seemed confident.

"I'll be staying with Lancelot and his dad."

West Virginia, which lacks the density problems of many other states when it comes to the virus and whose leaders have been praised for aggressive action at the onset of it, ranks near the bottom of COVID-19 cases in the United States.

"Alderson Broaddus hopes to start its fall semester early," said Nielsen. "They usually start on Aug. 26, but they hope to start in early August and have us home by the Thanksgiving break," with the semester having ended by then.

Nielsen said he has been in touch with Alderson Broaddus men's volleyball coach Chuck Shoemaker.

After he lost a chunk of his junior football season to an injury and nearly all of his senior baseball season to the pandemic, Mortensen is ready for the next phase of his athletic career. The left-handed signal-caller announced Tuesday night that he will continue playing football at the City College of San Francisco this fall.

"I don't think they had many juniors or seniors (last season)," said Nielsen. "I think this next year is going to be a building program. I think they're planning to bring up a lot of freshmen and sophomores," so Nielsen anticipates getting a roster spot as a freshman.

The Battlers were 1-12 when the pandemic cancelled the rest of their 2020 season.

Gills said he will hone his rugby skills internationally for a year, "Then I'll come back to the States and play for a college rugby program.

"I've talked to a few. I'm nowhere near deciding on a school yet."

Former Santa Ynez football player Anthony Gills poses with a blanket of his youth football jerseys during a ceremony at Santa Ynez High Friday to commemorate his signing with a rugby club in Sweden.