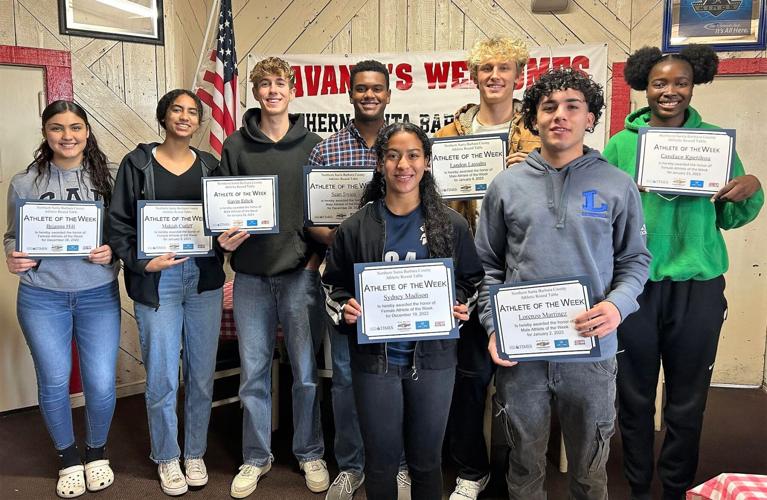 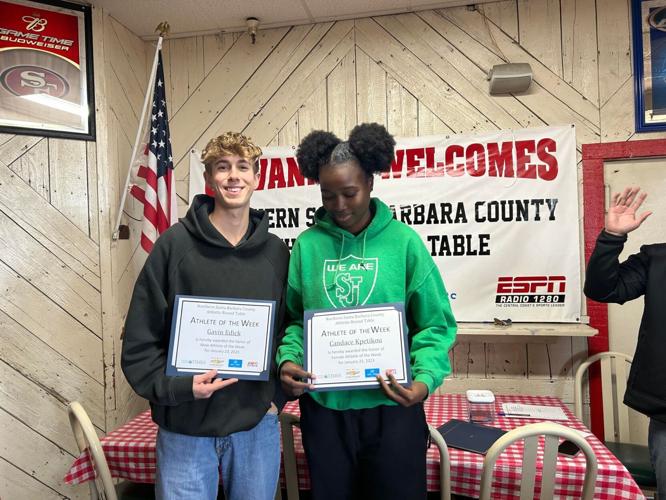 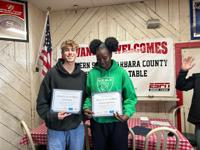 For the first time since early December, the Northern Santa Barbara County Athletic Round Table met Monday at Giavanni's Pizza, and several NSBCART athletes of the week were recognized.

Yessoufou scored had a big double-double, with 27 points and 10 rebounds, and also racked up four assists and four steals in St. Joseph's Mountain League win over Pioneer Valley in the Knights' Mountain League opener. Yessoufou, a 6-foot-6 sophomore who is a five-star recruit, has led the defending league champs to an unbeaten Mountain League campaign thus far.

Swain, VCA's Player of the Game, scored 22 points and was a big force inside throughout as he led the Lions to a 58-51 win against Santa Maria that earned the host team the championship of its Holiday Tournament.

Hill averaged 20.3 rebounds and 4.7 steals a game, helping lead the Saints to the title of the VCA girls' Holiday Tournament.

Lompoc won the Santa Maria Holiday Hoop Tournament with a 4-0 run, and Martinez was the tournament MVP.

Cain averaged 17.6 points, 6.8 rebounds, 5.6 steals and 2.6 assists a game in St. Joseph's 5-0 run at the Gator Winter Classic in Henderson, Nevada. She is the scoring leader for a St. Joseph team that is unbeaten in Mountain League play thus far.

Gomez scored a combined 77 points and snared a total of 15 rebounds in three league games for the Panthers, though they lost all three.

Manko went 5-0 and won the championship of the heavyweight weight class at the eighth annual Lady Apache Tournament at Sanger High School.

Edick poured in 36 points and scored his 1,000th career point at VCA en route as the the defending league champs beat Maricopa at home on VCA's Senior Night to stay unbeaten in Coast Valley League play.

Kpetikou notched two big double-doubles in two league wins for St. Joseph last week. The 6-foot-4 senior center, who signed with Washington State last November, scored 21 points and snared 12 rebounds in a win against Arroyo Grande and put in 22 points and snagged 14 rebounds in a victory at Righetti. The Knights beat Morro Bay Friday night to complete a 3-0 week that put them 18-3, 7-0 at the midway point in the league campaign.

Here is a list of those present at the meeting Monday.

Athletic director Bridgette DePalma, along with Alexander Greco and Justin Guiltinan from the boys soccer team.

Madison represented the girls soccer team. Diaminsol Malicdem and Khaelii Robertson from the girls basketball team were also in attendance.

Coach Desiree Hitch from the girls basketball team was in attendance, along with team members Cutliff and Bree Luna.

The girls basketball program was represented by Kpetikou, Kai Oani and Kaylee Palm, along with coach Kristina Santiago.

It's the annual grinder time of the season for area high school winter sports teams.