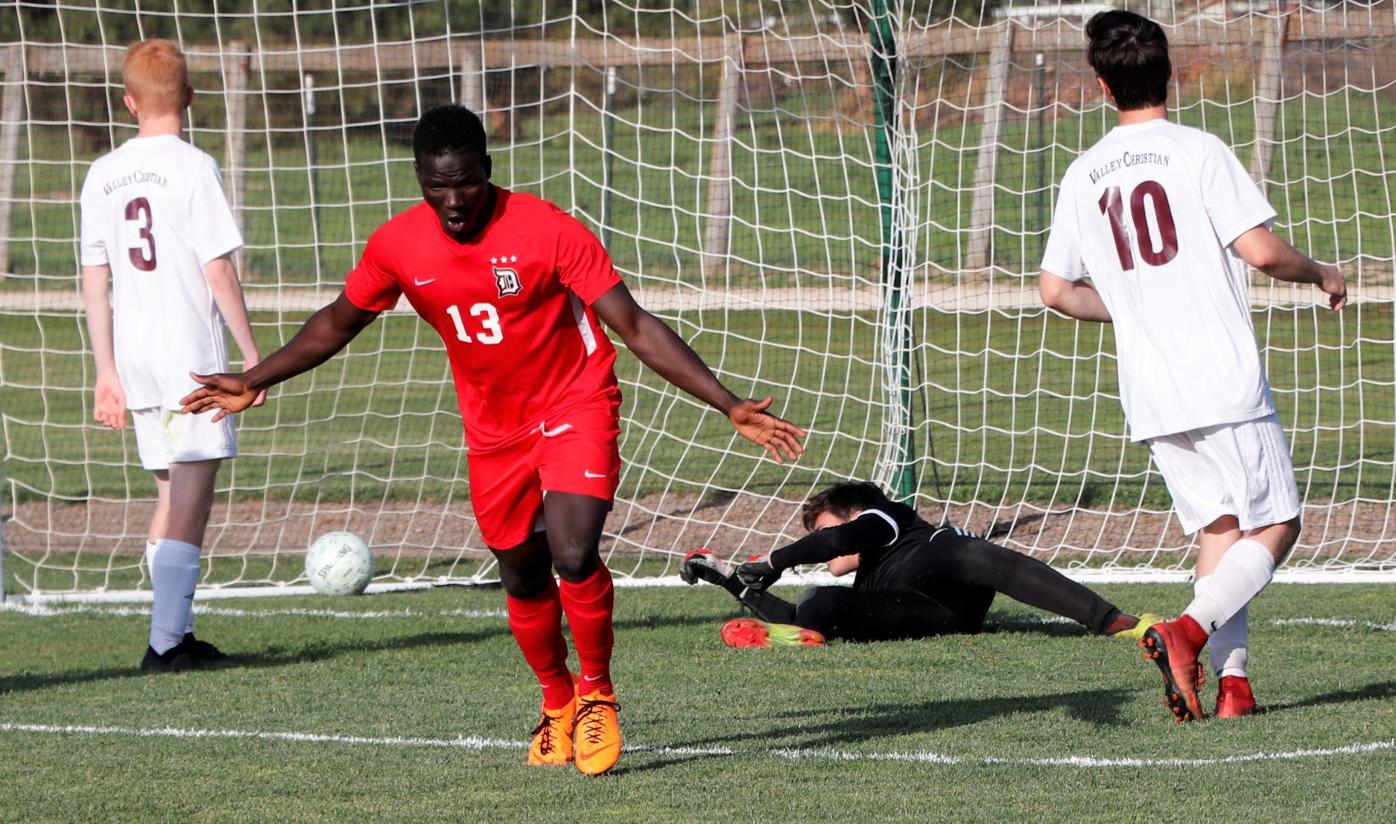 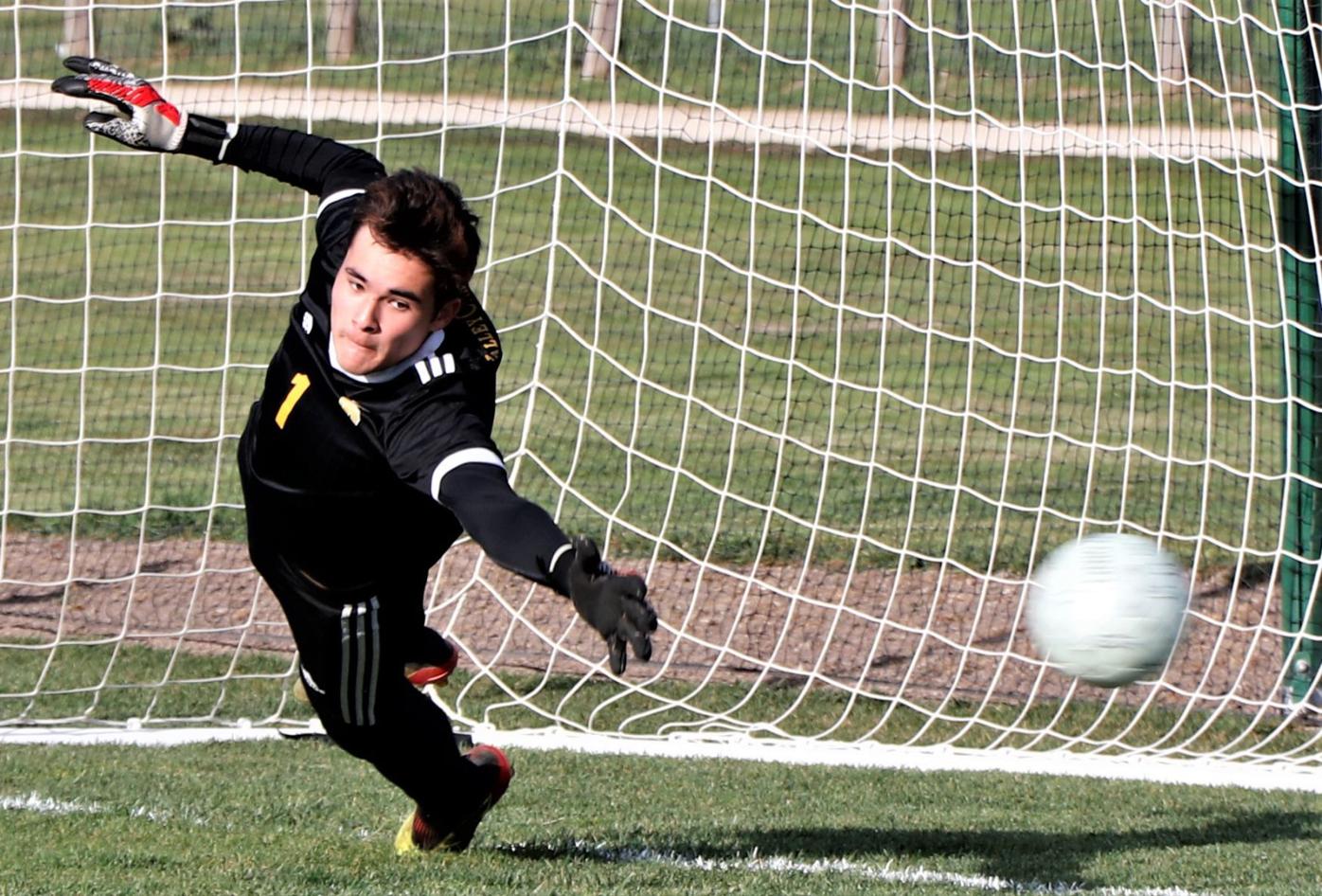 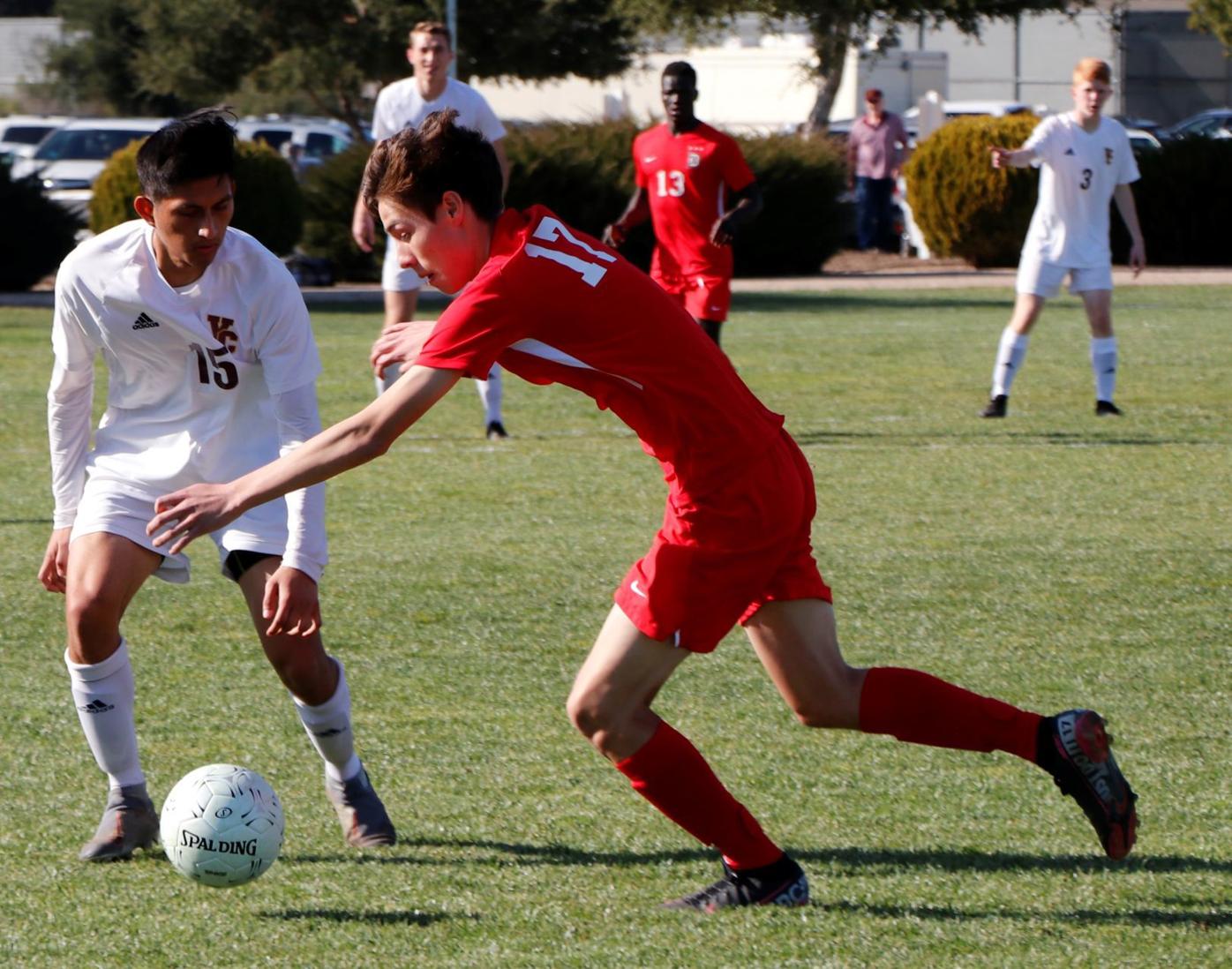 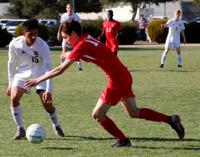 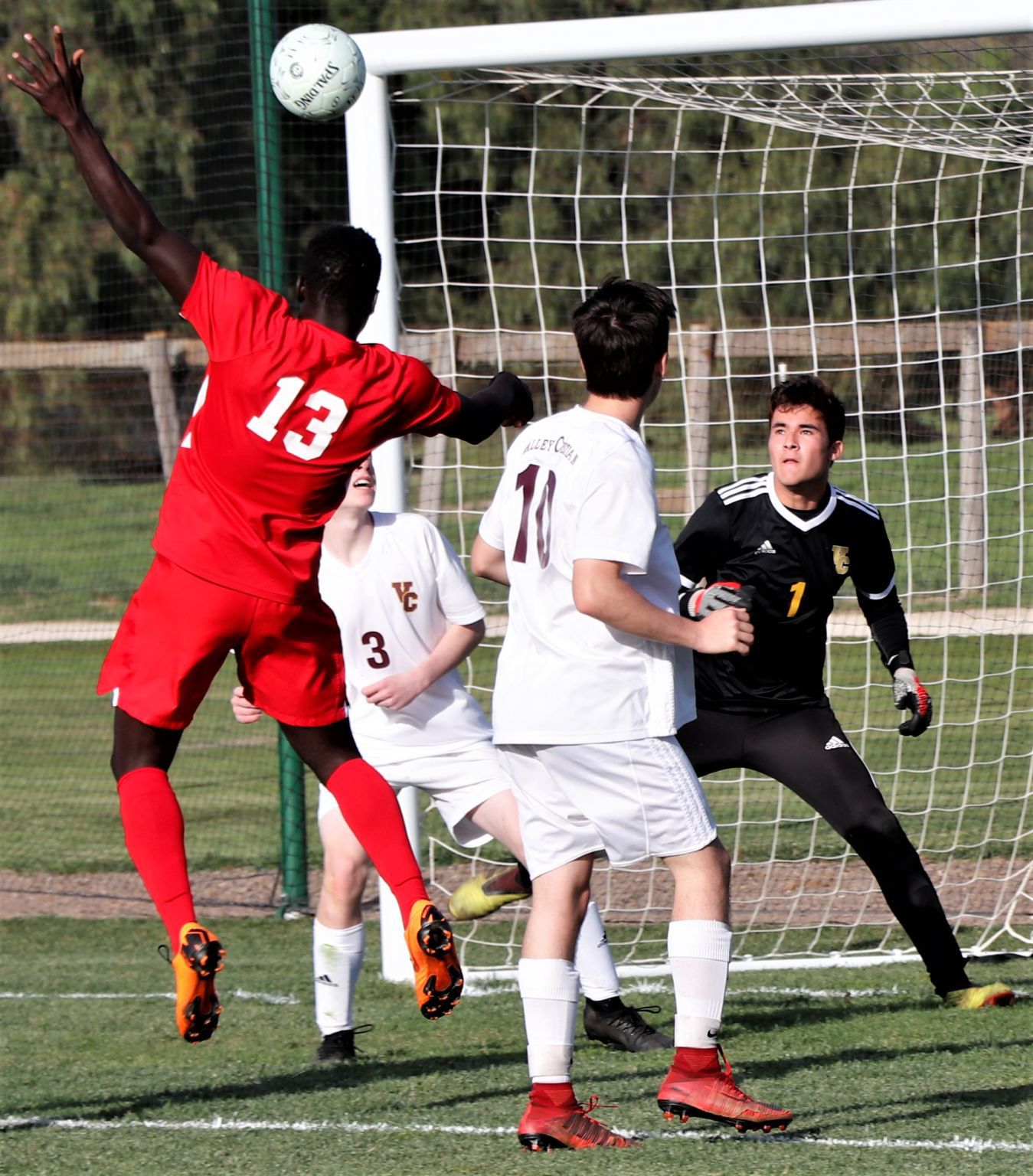 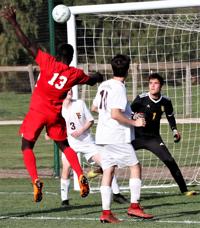 The Dunn School Earwigs have booked a date to the semifinals.

Fourth-seeded Dunn (18-0-0), champions of the Condor League, will be on the road for Saturday’s semifinals. They will face the division’s top seeded Brentwood Eagles after Brentwood (20-0-2), the Gold Coast League champions, ousted Charter Oak 3-0 Tuesday night in Covina.

Dunn players were quicker to the ball throughout.

They took their time working the ball deep into the Valley Christian end to set up a barrage of scoring opportunities.

Dunn got off five solid shots first half shots on Valley Christian goal keeper Ellis Negron, before Oskar Wollweber found a hole in a crowd in front of the Defender’s net and scored in the 15th minute.

Valley Christian’s defense kept Dunn from getting any decent shots over the final 25 minutes of the half but still trailed 1-0 at the break.

“The first half wasn’t our best,” said Murphy. “It was 1-0 but I wasn’t worried about the result. I was more concerned about maintaining our high standard of play.”

“Dunn isn’t 18-0 for no reason,” said Valley Christian head coach Andy Anderson. “The first half, we were right there with them. Being down 1-0 at the half — we were okay with how we were doing.”

The Earwigs put the game away early in the second half.

Alpha Sowe and Brima Kamara scored early in the half – Sowe on a penalty kick three minutes in and when Rene Pacheco found Kamara wide open in front of the net, Kamara converted the pass into Dunn’s third goal seven minutes into the half.

“Those two early second half goals forced us to push people up to try to go on the attack,” said Anderson. But they got behind us and that led to their fourth and fifth goals.”

Dunn kept the pressure on, for the most part keeping the ball in Valley Christian’s end.

Dunn was awarded a second penalty kick in the 20th minute which Abdul Razak Abdul Kadir sent into a corner of the goal.

Two minutes later, Kamara got behind the Defenders’ defense and sent the ball past Negron for the game’s final score.

“I think both teams played really well,” said Dunn athletic director Tim Weir. “It was a very competitive game. I just think we wore them down at the end.”

“I’m happy with how our boys played today and all year,” said Anderson. “Obviously, I wish we had a better result today but it is what it is.”

“The second half was unreal,” said Murphy. “The boys made a massive statement, really taking control in the second half, but I think we still have another gear.”

Meanwhile, Dunn’s keeper Walker Blake stopped the only first half shot he faced and followed with two second half saves in recording his second straight playoff shutout.

Through three playoff games, Blake has given up one goal while the Dunn offense has scored 16 times.

“Blake has been amazing in these three games,” said Murphy. “But the whole team did a fantastic job. Our defense really stood out. We didn’t give them many chances. Our ball movement was excellent. Brima, Abdul, all the boys really picked up their game, especially in the second half.

“Now we’ve got to face the top seed but I think we’ll be alright.”

The game was tied 1-1 at the break with the Earwigs scoring first and the Giants responding with a goal of their own. The Earwigs then erupted for three goals in the second half.