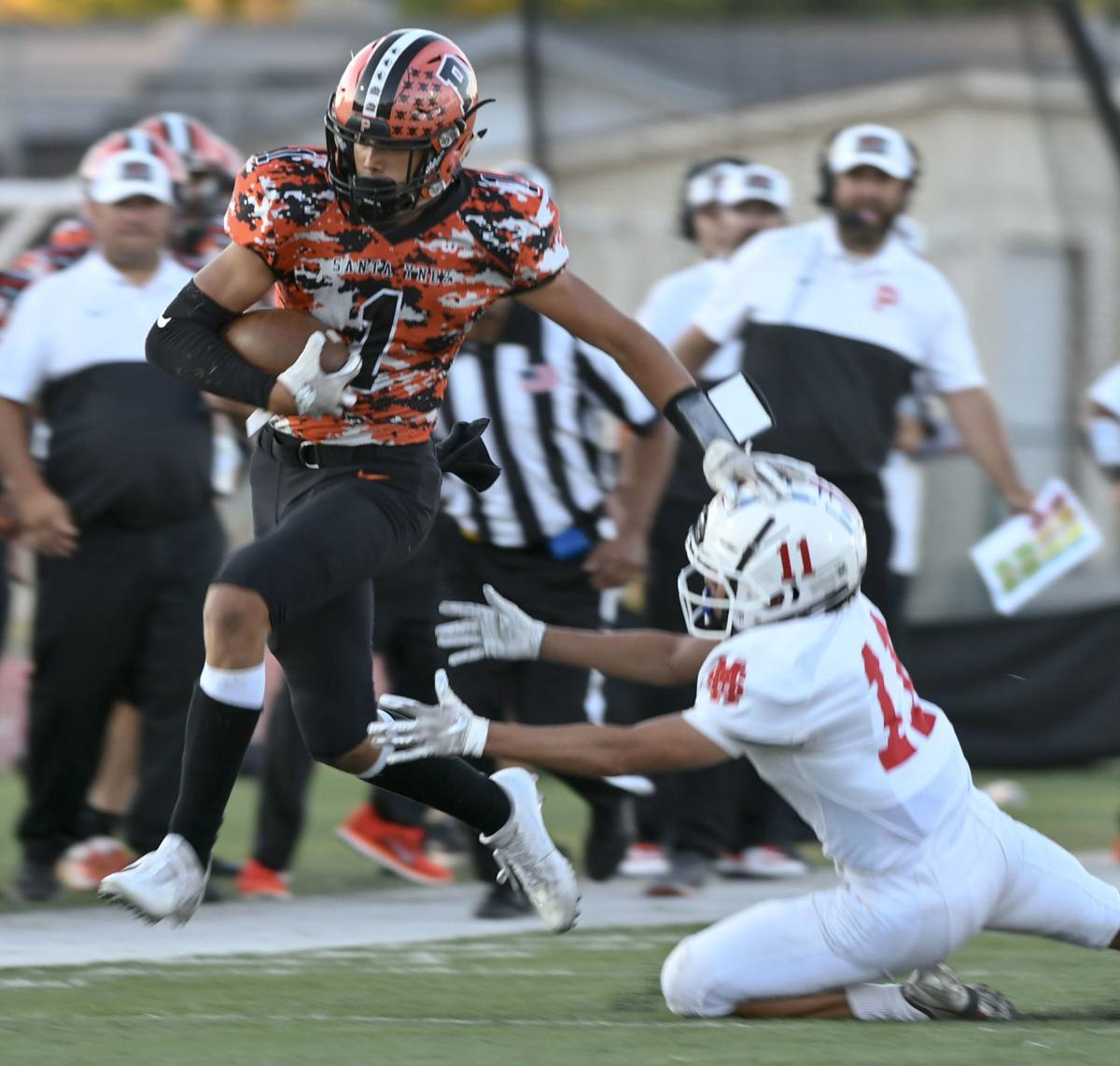 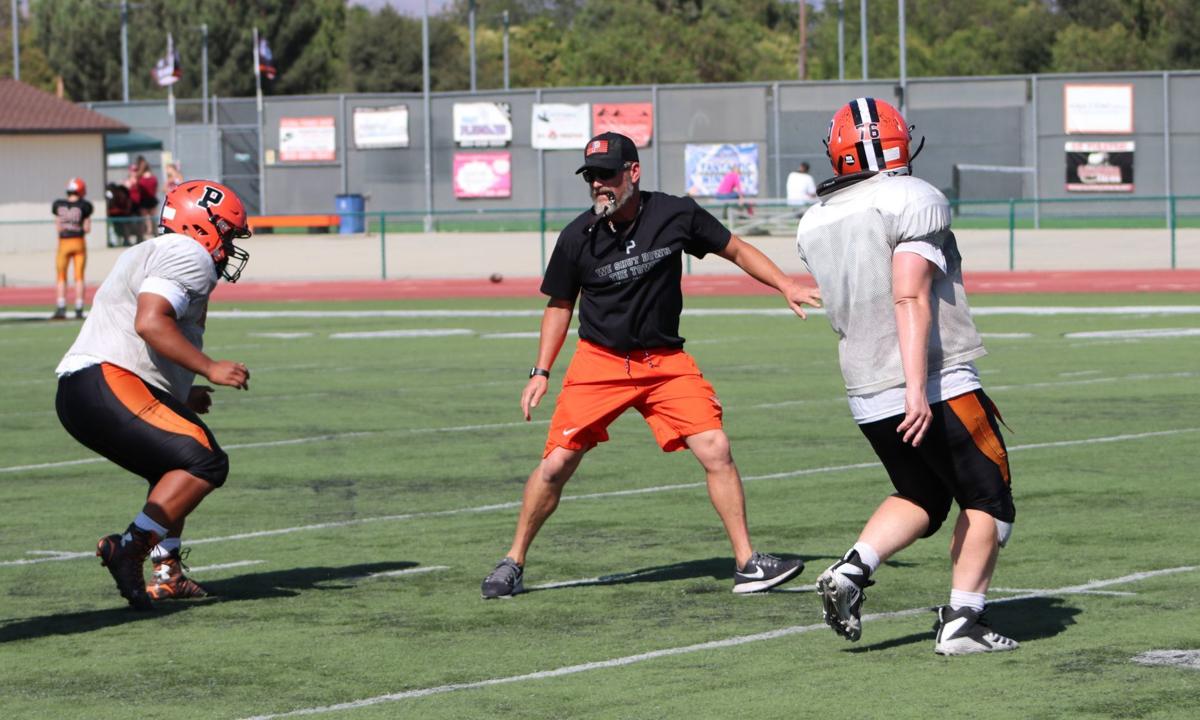 Santa Ynez High School head football coach Josh McClurg leads a lineman's drill during a practice at Santa Ynez High in 2018. McClurg and his Pirates could be back at practice next week, assuming Santa Barbara County's adjusted case rate falls below 14 on March 2. 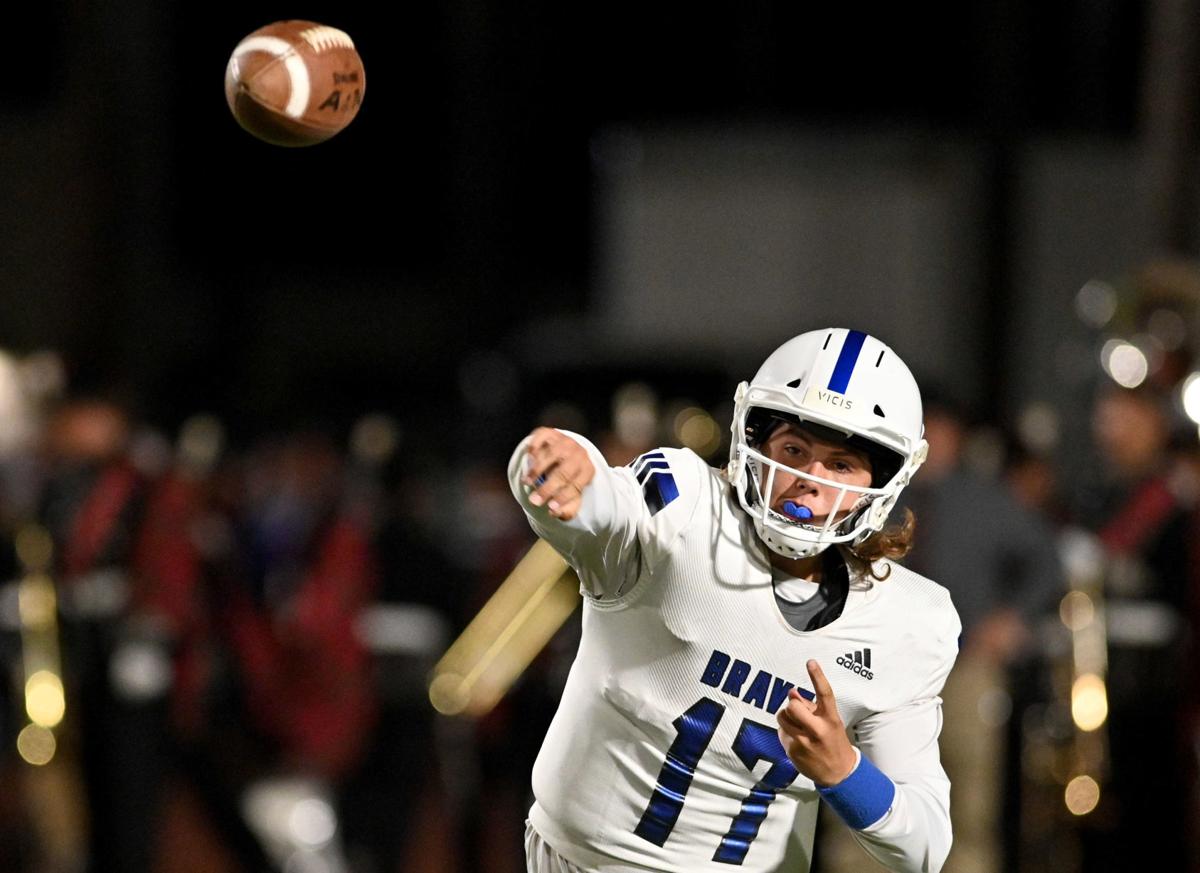 Lompoc quarterback Cavin Ross throws the ball in the first half of a Division 5 playoff game against Glendora at Citrus College in Glendora on Nov. 8. Ross, a freshman, earned First Team All-Channel League honors last season. 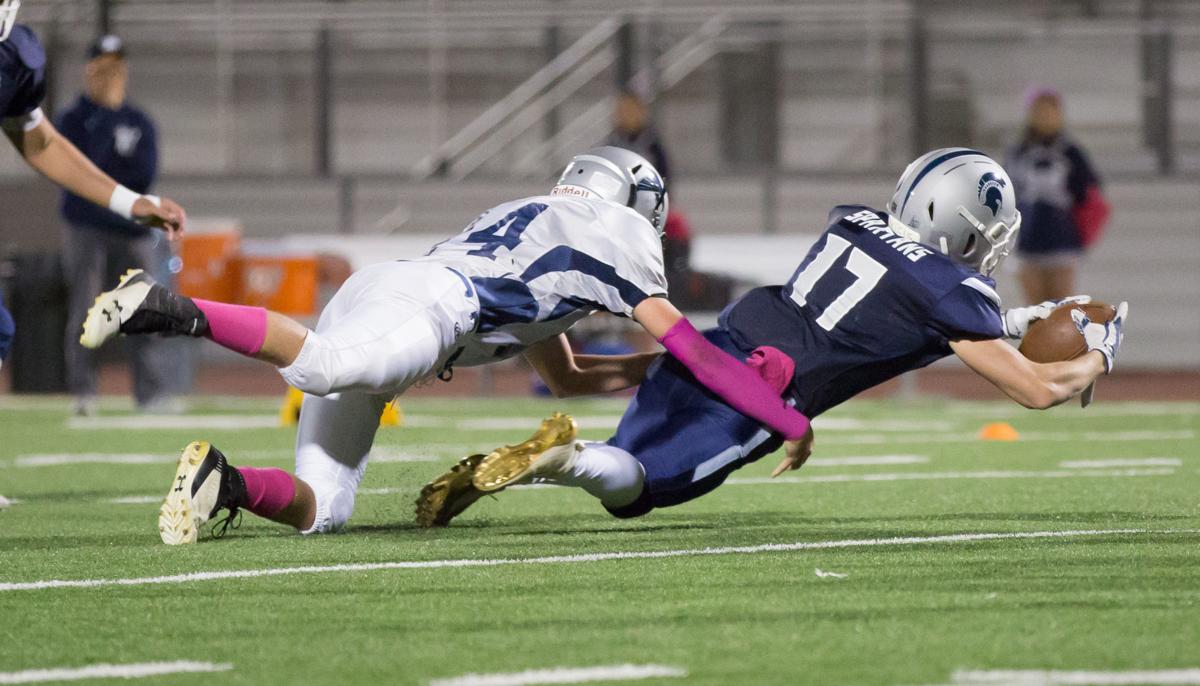 The news from the California coronavirus pandemic update was a mixed bag for area athletics last week, though this week's numbers are expected to bring better news.

After the California Department of Public Health revised its return-to-play guidelines on Feb. 19, setting a clear path for football and other outdoor sports to return, Santa Barbara County just missed the mark while San Luis Obispo County did drop below the threshold on Feb. 23.

Santa Barbara was scheduled to meet the mark on Tuesday, March 2.

The CDPH said on Feb. 19 that a county that had an adjusted case rate below 14 per 100,000 residents could begin full practices for high-contact, outdoor sports, namely football, water polo and soccer.

San Luis Obispo County, meanwhile, did see its number drop below 14 on Feb. 23: SLO County's number came in at 9.4 then.

That means high schools can hold practices for football, water polo and soccer if the athletes and coaches are being tested. Testing is not necessary for teams with more than 50% of the athletes being below the age of 13.

If the rate falls below seven, teams do not have to test at all.

The season could, theoretically, begin on Thursday, March 11 for SLO County schools. Athletic directors from Central Coast Athletic Association schools met last week to iron out details on how and when schools will be starting their football seasons.

The schools will work on logistics and schedules at Thursday's meeting.

The decision-making process now falls to local schools and districts. Some may choose to go full-speed ahead with a football season. Others could, possibly, choose to opt out.

Mission Prep in San Luis Obispo, said that it is going ahead with a football season and the program was passing out helmets this week.

Santa Barbara County will likely pass the adjusted case rate threshold on March 2. Practices with helmets and shorts could run for three days and padded practices can begin March 5. Schools could then hold scrimmages on Saturday, March 13 and start their seasons on March 18-20 and have a five-game season that ends on April 15-17.

SLO County schools could have a six-game season if they start on March 11-13.

This is if those schools are adhering to a COVID-19 testing program. Testing is only required for close contact sports like football and water polo.

The Santa Ynez Valley Union High School District, for instance, already seems to have a testing plan in place, for its entire athletic program.

In an email sent to parents on Monday, superintendent Scott Cory said his district has been in contact with Santa Barbara County Public Health about testing student-athletes.

Pioneer Valley and St. Joseph back on course as high school golf returns to Central Coast

Cory said, "We will conduct this weekly testing for all athletes and coaches as a prerequisite for participation in both practices and contests."

Cory said that, after a conversation with SBCPH, the school will "proactively begin testing next week for coaches and athletes in anticipation of our county achieving the case rate of 14 or less by the week of March 1."

Cory said the county's public health office has "offered to provide the weekly rapid testing kits for free for our athletes and coaches."

That move, Cory added, is a "significant contribution" to the school's athletic programs that feature 435 athletes and 72 coaches.

High school football could be on its way: California makes it easier for outdoor sports to return

Cory did note that there are still "many logistical details to put in place in a very short period of time."

Santa Barbara County schools have begun their seasons in other sports, like cross country, golf and tennis. Area teams have also begun softball and baseball practices.

Restrictions on indoor sports, like basketball and volleyball, have not been loosened by the state.

Photos: Round Table Athletes of the Year

For his career, Hernandez hit .380 with 103 total hits, 64 RBIs, 30 doubles and four home runs. During his final season with the Titans, Hernandez threw out seven of the 10 batters who ran on him.

Warriors, come out to play: Righetti busy prepping for 2021 season

Santa Ynez High School head football coach Josh McClurg leads a lineman's drill during a practice at Santa Ynez High in 2018. McClurg and his Pirates could be back at practice next week, assuming Santa Barbara County's adjusted case rate falls below 14 on March 2.

Lompoc quarterback Cavin Ross throws the ball in the first half of a Division 5 playoff game against Glendora at Citrus College in Glendora on Nov. 8. Ross, a freshman, earned First Team All-Channel League honors last season.