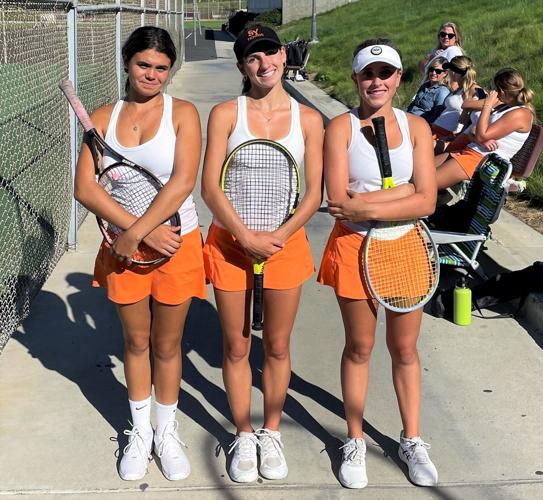 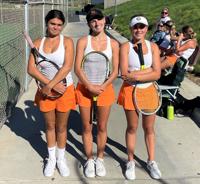 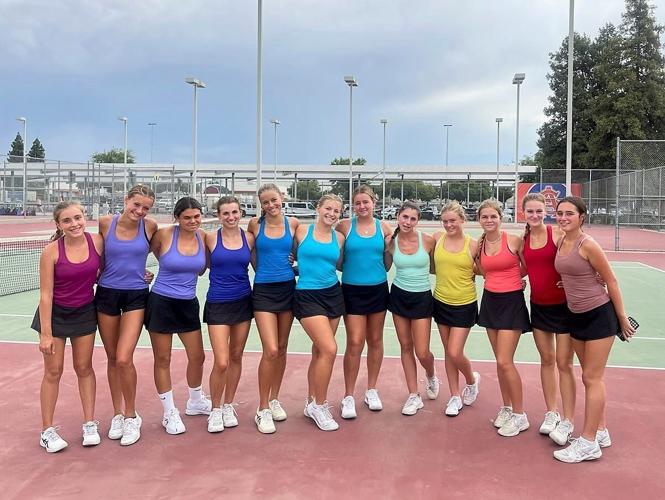 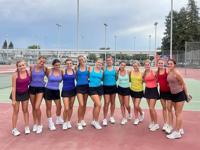 The Santa Ynez tennis team got off to a 14-1 start to the season as the Pirates have moved out of the Channel League, facing stiff competition against the Santa Barbara schools, to the Mountain League, where they've done better against schools in Northern Santa Barbara County.

The Santa Ynez tennis team got off to a 14-1 start to the season as the Pirates have moved out of the Channel League, facing stiff competition against the Santa Barbara schools, to the Mountain League, where they've done better against schools in Northern Santa Barbara County.

The Santa Ynez girls team has had to make a lot of adjustments this year.

The Pirates are in a new CIF section and in a new league. Santa Ynez, along with Lompoc and Cabrillo, moved from the CIF Southern Section to the Central Section effective this school year.

Santa Ynez is playing in the Central Section's Division II. The Pirates, done with the Channel League where they had played for four years, are competing in the Mountain League this year.

They seem to have adjusted just fine. As of this writing, Santa Ynez was 14-1, including 5-1 in the Mountain League. The Pirates' lone league loss was to San Luis Obispo.

"I'm really proud of the girls, with how well they've done after all the changes," regarding the switch in CIF section, and league, said veteran Santa Ynez coach Jennifer Rasmussen.

Santa Ynez, Lompoc and Cabrillo stayed in the Southern Section after the other area schools moved to the Central Section in 2018. Those three decided to make the move prior to this school year.

After the move to the tougher Channel League, part of which includes established girls tennis programs Santa Barbara, Dos Pueblos and San Marcos, the Pirates qualified for the playoffs one time - they earned a wild card spot with a three-way tie for third place three years ago.

Linane and fellow seniors Emma Sell and Morea Naretto help form the core of the Santa Ynez varsity this year. Sell is the No. 1 Pirates singles player. Naretto is No. 2 and Linane is No. 3. They are all three-year varsity players and have been in the program since they were freshmen.

Keegan Withrow, Natalie O'Shaughnessy and Lily Mazza comprise the rest of the regular Santa Ynez singles lineup. Withrow and O'Shaughnessy, Sell and Brielle Saarloos, and Kate Mazza and Delfina Serra teamed up for a doubles win each in a 9-0 league win for the Pirates at Righetti last week.

"I enjoyed playing against higher competition," Sell said that day during a break between her singles and doubles matches. "It makes you a better player."

Still, "It's nice to be doing so well in the new league," said Linane. Rasmussen said that as the Pirates were on their way to winning at Righetti that she believed her team had already clinched a playoff spot.

The devastating COVID-19 pandemic has had worldwide effects, and the Pirates tennis squad had to deal with the conditions the pandemic put on it.

After in-person school throughout the country had been shut down for months, athletic teams finally got the go-ahead to work out - with some stringent conditions at first.

"When we first started practicing (after getting the go-ahead), we had to wear masks all the time," Linane said. "And people were watching us to make sure we were wearing them."

Dealing with the sweaty, muggy conditions under the mask that came with tennis workouts wasn't exactly easy either, the players said.

What would have been the fall 2020 season for teams was pushed back to spring 2021. Players and coaches had another quick turnaround with the start of the next season, the fall of 2021.

Besides dealing with the effects of the COVID-19 pandemic and playing in a new division, the Santa Ynez players have also had to adjust to a new match format.

The Southern Section tennis format calls for each team’s three singles players and three doubles teams to play one set each against each other (No. 1 singles player and No. 1 doubles squad from one team against the No’s. 1, 2 and 3 from the other, with the No. 2’s from the teams doing the same thing, etc.) Singles players cannot play doubles, and vice versa.

The Central Section format calls for six singles players from one team to play their counterpart in one best-of-three-sets match (the No. 1 player from one squad plays only the No. 1 from the other, the same thing for the No. 2’s, etc.) The third set is actually a sort of best-of-20 tiebreak. The first player to get 11 points, with a two-point margin, wins the match.

In Central Section doubles, the three tandems from each squad also play one best-of-three sets match. If one squad has already wrapped up the win after singles, coaches can agree to an eight-game pro set format for the doubles pairs.

Singles players can also play doubles, and coaches often have at least some of their players do that.

“I like the best-of-three (singles) format best,” said Noretto.

“You stay with the same person, and you get to know their game. When you play different people, you can’t do that. It’s different.”

Linane said, “I was definitely skeptical of the best-of-three format at first. But a best-of-three gives you the chance to pick yourself up in the second set if you didn’t play well in the first.”

Sell said, “It gives you the chance to come from behind and win.”

“I would agree with all that,” Rasmussen said of her players’ analysis. “I like the best-of-three format. It gives players a chance to get more familiar with their opponents’ game.”

"Making the playoffs my senior year would be a nice way to go out," said Linane.

Paso Robles moved up sharply in the area football rankings, St. Joseph remained at the top and Lompoc retained its No. 2 spot.